MERIDA YUCATAN.- The National Institute of Migration seeks to facilitate the integration of foreigners in Yucatan. In parallel, the INM is working on a project to return to the country, Mexicans with high scientific training. The aim is to consolidate the INM as an institution of migratory services and a promoter of national development.

The National Institute of Migration (INM) in Yucatan announced the application of a program for the regularization of foreigners, with the aim of favoring their social and economic inclusion, as well as enhancing their contribution to the development of the State and the country. 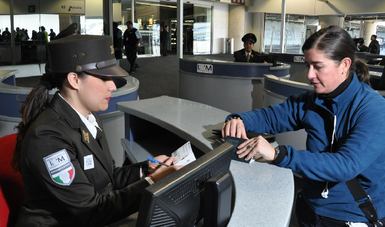 The federal agency announced that in parallel, it will implement a program of immigration of foreigners and return of Mexicans with high training in scientific, technical, professional and artistic specialization.

The delegate of the INM explained that these two new mechanisms and other actions seek to consolidate the migratory services agency as an institution with a more human face, privileging human rights. He pointed out that in Yucatan there are three venues: Mérida, Progreso and Valladolid, and that they seek to provide a more modern, transparent and efficient service.

“We seek to do our tasks better, and more effectively. We invite foreigners to carry out their procedures to have a regular stay in the state and in the country”. He expressed.

The head of the institution recalled that on December 19, the migratory policy program 2018-2024 was announced, which will address migration through two axes: respect for the human rights for the immigrants; and the development in Central America and the southeast of Mexico, for which the INM will be restructured and modernized, with a more human approach.