5 advantages of living in Mexico

INTERNATIONAL LIVING is the website that helps you to to explore the extraordinary places around the world where you can afford to kick back and enjoy life in your “golden years”. This is what they have to say about “Living in Mexico”…

About three times the size of Texas, Mexico is a vast territory. But although many think they know Mexico, they’re missing out on many aspects that make it such a great place to live for expats.

1. It’s easy to get residence in Mexico or live there without one

It’s said there are 2 million U.S. expats living in Mexico. And one of the main reasons is that the Mexican government makes it easy for foreigners to stay for extended periods.

A tourist visa, given to you automatically at the airport in Mexico or at any land border crossing, gives you 180 days. Many expats, especially those who live part- time in their home country and part- time in Mexico, go this route.

If you plan to relocate permanently to Mexico, your best course of action is to get a temporary (good for up to four years) or permanent residence visa, which are easy to qualify for. This gives you access to the government-managed healthcare system and other benefits.

2. Mexico is so much more than the beach

For many people around the world, a trip to Mexico is all about the beach. It stands to reason as Cancún, Puerto Vallarta, and Cabo San Lucas are among the most visited areas of Mexico, if not the Americas.

But Mexico also features one of the globe’s major metropolitan areas, Mexico City, a hotbed of art and culture.

There are also grand colonial cities (many of which are UNESCO World Heritage sites) like San Miguel de Allende, Mérida, Campeche, and others, where you can walk on cobblestone streets and wander grand homes built centuries ago. And that’s just a start of architectural and natural wonders found in Mexico.

3. Mexico is a modern country

One of the major benefits of living in Mexico is that just about any modern amenity you might want…you can get. High-speed internet, including fiber optic, is available. Cable TV includes options for sports and movie channel packagers. The cellphone network is widespread and reliable, including 3G, 4G, and LTE.

“Tex-Mex” cuisine found in most so-called Mexican restaurants in the U.S. is pretty tasty in its own way. But the authentic cuisine you’ll find in the country is very different…and delicious.

You can stop in to corner taco stands that open up in the evening to enjoy tacos al pastor: a Central Mexican dish that feels like a mix of a traditional taco and a Lebanese shawarma kebab. In the seaside areas especially, dishes like ceviche or tostadas topped with fresh tuna, shrimp, or other seafood goodies are popular.

Oaxaca, in southern Mexico, is famous for mole, a rich sauce blending chocolate, chili peppers, spices, and more. On the Yucatán, the Maya influence has brought forth dishes like cochinita pibil (marinated pork) and lime soup. 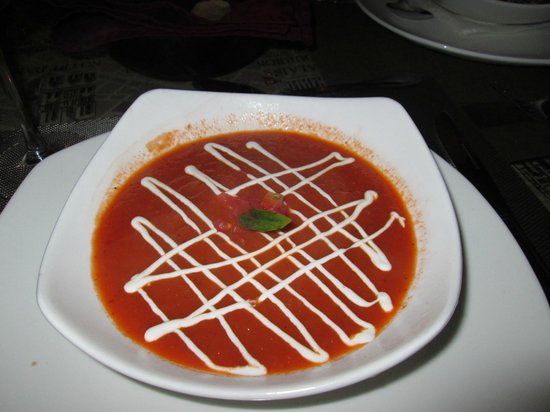 5. Mexico has a rich history and culture

Visit any major Mexican city or small village and you’ll see a blend of the modern world and ancient traditions.

Mexico is firmly marching into the future. But it always keeps a strong hold on its past. A gleaming modern metropolis could have sprung up around a colonial centro. Right alongside teenagers scanning their smartphones, might be a grandmother selling corn tortillas handmade at her home that day.

Most towns have seemingly a civic or religious celebration every week: parades, fireworks, processions, and pilgrimages. But then you’ll also find hip art galleries, independent film festivals, and the world’s biggest acts showcasing concerts in stadiums and arenas.