Gas stations now may choose to be independent or franchise

MERIDA – In Mexico despite the control exercised by the government over oil production and commercialization, not all gas stations belong to PEMEX. In fact the majority of them are owned by private enterprises or entrepreneurs, who now with the deregulation of fuel prices, will be able to operate their gas stations in three ways: remain  a Pemex franchise, operate as franchises of other oil companies, or be independent, buying and selling fuel and products from different companies.

The president of the Energy Commission of the Confederation of National Chambers of Commerce (Concanaco), José Manuel López Campos, said that the new fuel costs will also depend on factors such as the price of one barrel of oil and the peso/dollar exchange rate.

“The costs of gasoline will depend on several factors, such as the international price of a barrel of oil, the price of the peso against the dollar, the costs of transportation logistics from refineries, and taxes, which now days represent half of the fuel’s value,” said José Manuel López Campos. 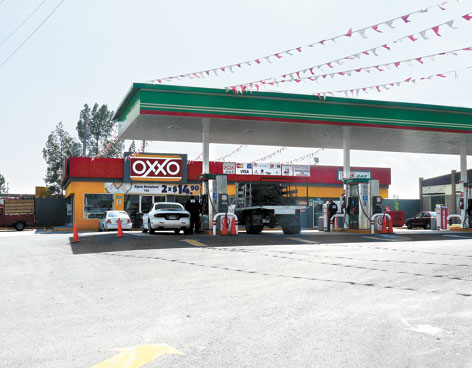 The business leader added that the price will also depend on marketing at gas stations, as they may have other private providers.

López Campos explained that with the changes made by the federal government in this regard, the Mexican energy market finally reached the level to allow the entrance of international oil companies. He also mentioned that the changes in the fuel prices won’t be too aggressive, because by now the main and only fuel provider is PEMEX, and the other enterprises still have to get in the country.