The number of God

What do the Parthenon, a sunflower, a nautilus shell and the Mona Lisa have in common?
The answer is 1.618033

In 1202, Leonardo of Pisa, better known as Leonardo Fibonacci, published “Liber Abacci” where the use of the decimal system was elucidated. In his work, he wanted his readers to learn to use the decimal system. In the text, Fibonacci wondered how fast rabbits would reproduce under ideal conditions. Thus, Fibonacci posed the problem as follows:

The sequence of numbers by Fibonacci “ends” in the infinite … and it is called φ “Phi” the number of delicacy and beauty, synonymous of balance and harmony, but be careful, do not confuse it with π (Pi) which is the ratio between the length of a circle to its diameter and is frequently used in mathematics, physics and engineering. The numerical value, truncated to its preliminary figures, 3.1416 is as follows: 3.14159265358979323846∞ and represents the area, considered the most perfect geometric body, the sphere. Pi and Phi have in common that both belong to the set of irrational numbers and those quantities have infinite nonperiodic decimal places, which therefore cannot be expressed as fractions.

MATH, ART AND THE DIVINE

The first historical manifestation recorded, dates from the fifteenth century when the Franciscan friar and the mathematician precursor of calculating odds Luca Pacioli (1445 – 1517) analyzed in its writing “De Divina Proportione” (From the Divine Proportion) the so-called golden number. Highly influenced by the idea that every new discovery should be adapted to the beliefs of the Catholic church, he called it “divine proportion” since according to him, phi had a correspondence with the holy trinity; ie “the same proportion will always be between three terms, and never more or less.”

His writings date from between 1496 and 1498; the subject of his dissertation was divided in 3 parts. Polygons and perspective used by the painters of the Quattrocento(1) in its second, architectural ideas of Vitruvius (2) and platonic solids or regular(3). To illustrate this, he commissioned drawings from Leonardo da Vinci, which at the time was part of the court of Ludovico Sforza.

Although Luca Pacioli called it “divine proportion” it was Leonardo da Vinci who christened this number as the “golden number,” influenced by two extraordinary and true “renaissance men”:

“In the human body, the central part is the navel. For if a man lie on your back, arms and legs outstretched, and a pair of compasses focus on the navel, the fingers and feet will touch the circumference described from the center. And you can also enroll in a square figure.”

Leonardo was obsessed with finding this ratio, which is clearly manifested in his works.

Same as we can find φ (Phi) in art, we can also find this ubiquitous number in nature. An example is a honeycomb. 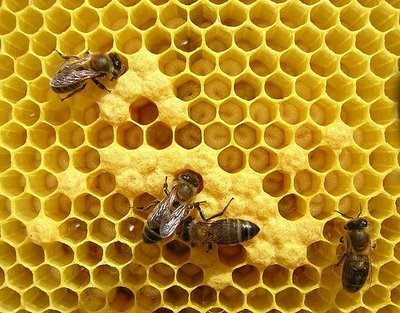 Identical pattern of numbers are also found in the spiral of sunflowers, in the number of flower petals, in cauliflower and bananas. 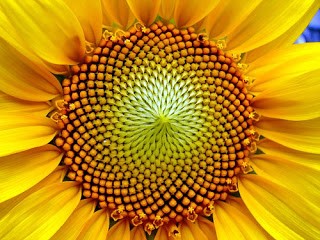 However, in nature, there is no better and clearer example of the golden ratio than the shell of a nautilus, which is the result of a logarithmic spiral that can be drawn with a pencil and a compass. 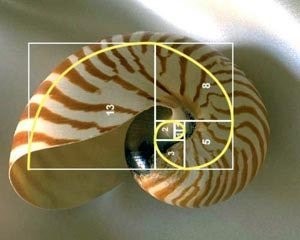 In this example, the numbers are converted into geometric shapes. This examples we see repeated again and again in the universe and even human face… maybe Leonardo was on to something. 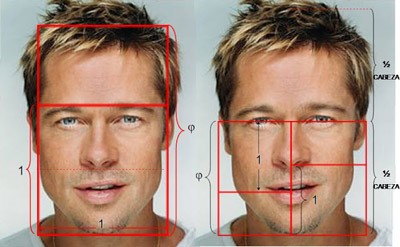 THE NUMBER OF GOD

The golden number has astonished and amazed both mystics and mathematicians the same. Fibonacci sequences and their resulting tendency to phi make this subject sound more mystic than mathematical because of its recurring presence in the proportions of the universe. Therefore, many say that the Cosmos has a complex mathematical order, only possible thanks to an intelligent mind, a Creator… God perhaps?

In philosophy great thinkers oriented this belief of mystical transcendence such as Pythagoras and Aristotle, and even in modern times, we find great thinkers as theoretical physicist Michio Kaku, considered one of the most respected and important scientists today and one of the creators and developers of the “string theory,” claims to have created a hypothesis that may point to the existence of God. This information has instituted a stir in the scientific community.

In the words of Michio Kaku:

Is the “golden number” proof of the existence of an intelligent designer of everything, and whose language is in the mathematics?

The question remains in the air. 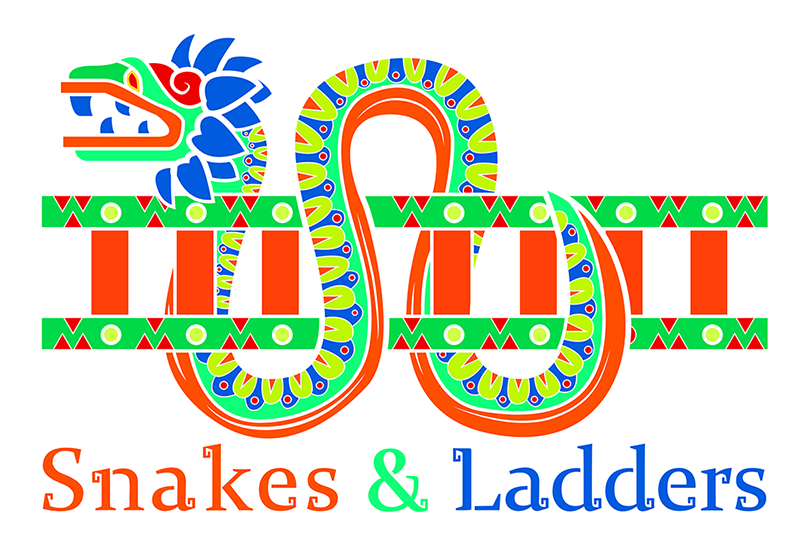 Snakes and Ladders is a column by José E. Urioste, The Yucatan Times CEO and a Business Intelligence professional in the area of ​​Research and Development. He began his training process in mass media writing scripts for radio programs, commercials and advertising campaigns and has contribuited with newspapers, magazines and other media in general on various topics ranging from the professional to the editorial. José is the author of various fiction novels that have been presented in numerous forums and literary competitions, causing much controversy as to their content.