The National Institute of Statistics and Geography -INEGI- published on Tuesday the update to the advanced data given last January, which confirmed the fall of the country’s economy, the first since 2009.

The figure coincides with the timely estimate published by the agency last January and the forecast of analysts consulted by Bloomberg.

For Mexico’s GDP, the figure represents its first contraction since 2009, when the country and the world suffered the effects of the global economic crisis.

The -0.1 percent reported by INEGI coincides with the forecast of the Bank of Mexico (Banxico), which in November revised its forecast downwards and placed it in a range between -0.2 percent and 0.2 percent.

Only in the fourth quarter, the country’s economy contracted 0.4 percent at annual rate, the sharpest fall in 2019. In the first quarter the figure was 0.0 per cent, in the second quarter it rose by 0.1 per cent, and in the third quarter it fell by 0.2 per cent 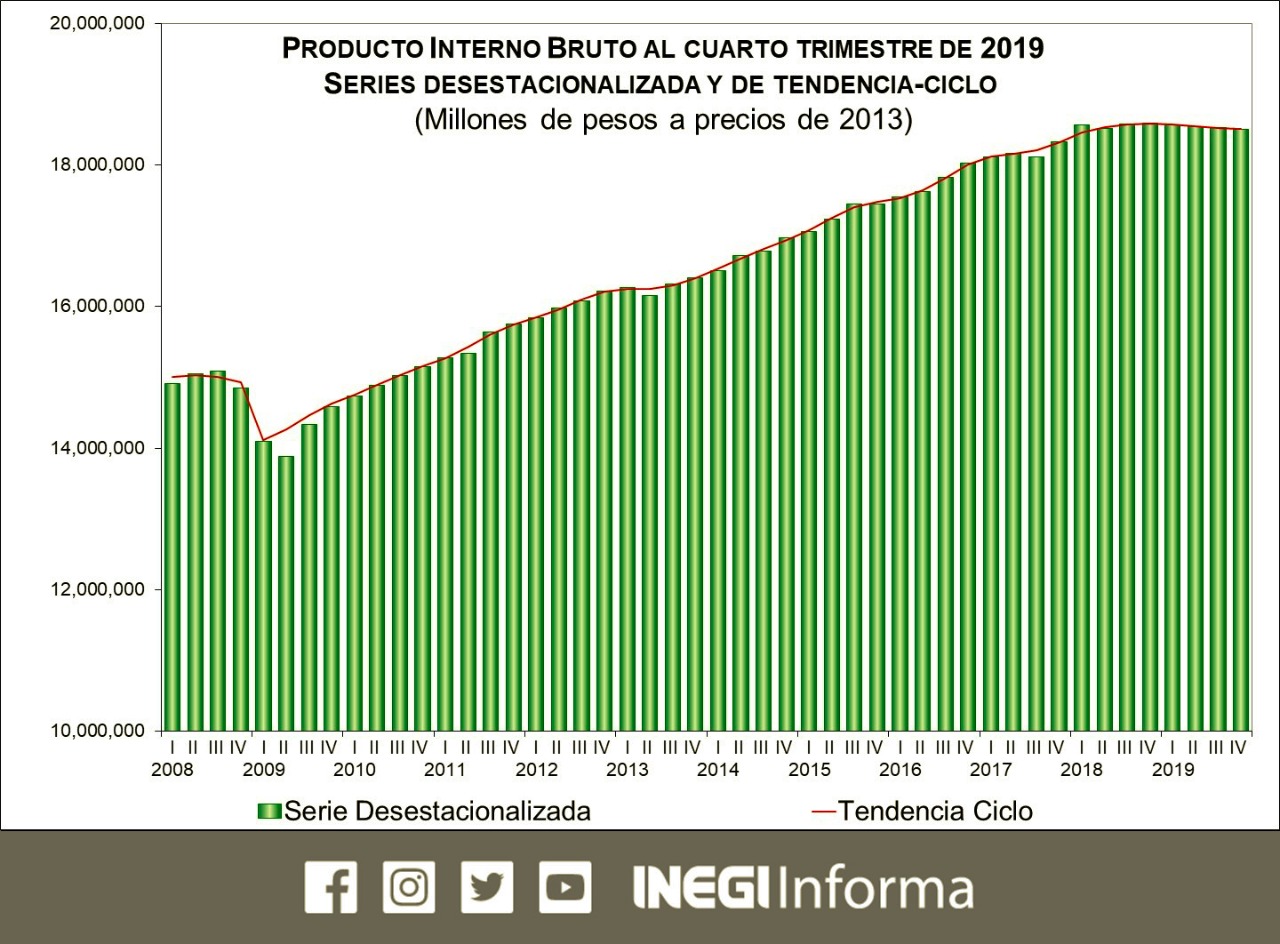 After the timely release of the GDP estimate on January 30, President Andres Manuel Lopez Obrador was confident that the Mexican economy will grow in 2020.

For the president, part of this progress will be based on the Treaty between Mexico, United States and Canada (USMCA / T-MEC in Spanish) and the capital that companies and banks will invest in Mexico.

On the trade pact, Lopez Obrador said that its implementation will bring ‘better wages and welfare’ in the signatory countries.

The president also highlighted the meeting he held on February 19th with members of the Americas Society and Council of the Americas, in which they spoke of “billions of dollars in investment” for the country.

“In general, they are very optimistic about the country’s economic future,” he said. An economic recovery could take place in the coming months, according to INEGI’s ‘forward indicator’, which is trying to give signs of future trends.

Quarterly comparison
According to the INEGI, Mexico’s economy contracted by -0.1 percent in the period from October to December 2019, compared to the immediate previous quarter.

In the first two quarters of the year a contraction of 0.1 percent was reported, while GDP grew 0.1 percent in the period between July and September 2019.