In a twist to the long tendency of Mexican immigrants voyaging to the United States, in search of a better income, statistics indicate that in recent years, more people have done the opposite; moving from the United States to Mexico.

From 2009 to 2014, 1 million Mexicans, including their American-born children, left the US for Mexico, according to the National Survey of Demographic Dynamics, cited by the Pew Research Center according to a publication by Business Insider.

INEGI, Mexico’s statistics institute estimated that at least 800,000 US-born people are currently living in Mexico and according to the State Department, more than 1 million, and according to The Washington Post more than that number. 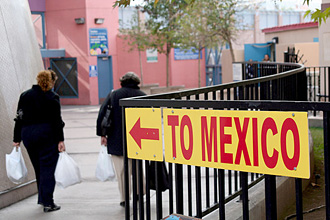 – Mexicans have an increasingly optimistic outview of the new Lopez Obrador government.

Surveys conducted by Pew Research Center have found that most of the Mexican immigrants believe that from an economic perspective, life is better in the US, but also must of those surveyed, also believe the quality of life in Mexico is infinitely higher that in the United Sates.

This immigration trend has affected life in Mexico in good and bad ways. Immigrants have boosted the local Mexican economy and transform their old neighborhoods into commercial business areas. Real-estate prices have grown since added value has increased.

In an interview with The Washington Post regarding this topic Mexican foreign minister, Marcelo Ebrard, told The Post: “It’s beginning to become a very important cultural phenomenon… Like the Mexican community in the United States.” (SIC).

Mexican authorities so far, are a bit in the dark, regarding the size of these large immigrant groups. That is why Marcelo Ebrard has been tasked by President López Obrador with shifting that situation.

While the United States is deeply divided over immigration, American and other immigrants here have largely been welcomed all over Mexico. There are large expat communities throughout the country, like in CDMX, Ajijic, Mérida and of course one of the oldest, San Miguel de Allende— where there is an approximate of 30 to 35,000 expatriates out of those, it is believed 10 to 15,000 are U.S. citizens. Their influence is such that Mayor Luis Villareal delivers his annual State of the Municipality address in English and Spanish and proudly states: “Despite the fact that Donald Trump insults my country every day, here we receive the entire international community, beginning with Americans, with open arms and hearts. We like people who come to work and help the economy of the city — like Mexicans do in the United States.”

Most Americans living in Mexico are unauthorized immigrants 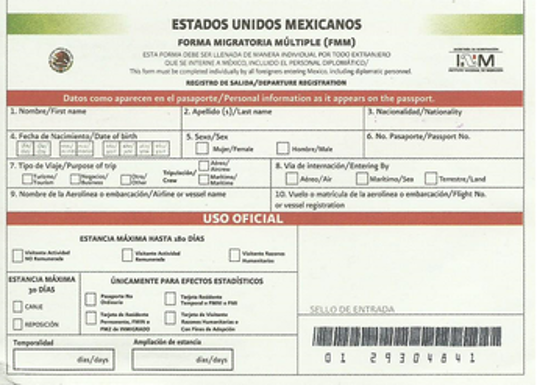 Unlike the Trump administration, which has promised to crack down on illegal immigration and deport those who don’t have valid visas or green cards, the Mexican government has not been as severe with the issue. In the same interview Marcelo Ebrard told The Post:
— typically, they’ve overstayed their six-month visas. But the government has shown little concern. We have never pressured them to have their documents in order. Typically, violators pay a small fine.” .

Mexico a country that traditionally hasn’t received the same influx of immigrants as the United States, now faces the challenge of how to integrate the new migration of people.