US astronaut to ride Russian spacecraft

U.S. astronaut Mark Vande Hei has made it through nearly a year in space, but faces what could be his trickiest assignment yet: riding a Russian capsule back to Earth in the midst of deepening tensions between the countries.

CAPE CANAVERAL, Fla. (AP).- NASA insists Vande Hei’s homecoming plans at the end of the month remain unchanged, even as Russia’s invasion of Ukraine has resulted in canceled launches, broken contracts and an escalating war of words by the Russian Space Agency’s hardline leader. Many worry Dmitry Rogozin is putting decades of a peaceful off-the-planet partnership at risk, most notably at the International Space Station.

Vande Hei — who on Tuesday breaks the U.S. single spaceflight record of 340 days — is due to leave with two Russians aboard a Soyuz capsule for a touchdown in Kazakhstan on March 30. The astronaut will have logged 355 days in space by then, setting a new U.S. record. The world record of 438 continuous days in space belongs to Russia.

Retired NASA astronaut Scott Kelly, America’s record-holder until Tuesday, is among those sparring with Rogozin, a longtime ally of Vladimir Putin. Enraged by what’s going on in Ukraine, Kelly has returned his Russian medal for space exploration to the Russian Embassy in Washington.

Despite the deadly conflict down here, Kelly believes the two sides “can hold it together” up in space. 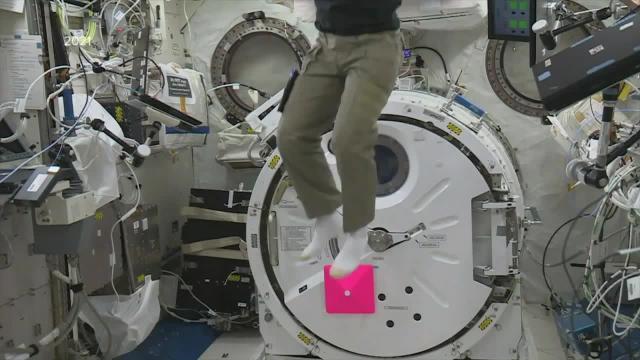 Russia threatens to abandon US astronaut in space

The head of the Russian Space Agency posted a video on social media that threatened the scheduled return of American astronaut Mark Vande Hei from the International Space Station.

“We need an example set that two countries that historically have not been on the most friendly of terms, can still work somewhere peacefully. And that somewhere is the International Space Station. That’s why we need to fight to keep it,” Kelly told The Associated Press.

NASA wants to keep the space station running until 2030, as do the European, Japanese and Canadian space agencies, while the Russians have not committed beyond the original end date of 2024 or so.

The U.S. and Russia are the prime operators of the orbiting outpost, permanently occupied for 21 years. Until SpaceX started launching astronauts in 2020, Americans regularly hitched rides on Russian Soyuz capsules for tens of millions of dollars per seat. The U.S. and Russian space agencies are still working on a long-term barter system in which a Russian would launch on a SpaceX capsule beginning this fall and an American would fly up on the Soyuz. That would help ensure a U.S. and Russian station presence at all times.