In the last six days, there’s been more rain in Yucatan than with Hurricane Isidore in 2002, according to reports from the National Water Commission (Conagua) 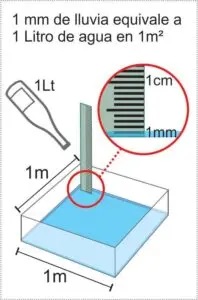 From Friday, May 29 to yesterday, Wednesday, June 3, 2020, in the Yucatan capital, the accumulated rainfall amounted to 366.6 mm, that is, 367 liters of water fell per square meter.

Tuesday rain, -June 1- is the biggest so far this year in Merida. It started in the morning and lasted until the evening. By Tuesday, streets, houses, stores, were flooded, causing all sorts of problems for car drivers and families. Some people had to carry water out of their homes in bucketfuls.

Streets in downtown Merida, have been flooded from sidewalk to sidewalk already for several days. People have turned to social to report problems due to the flooding, such as potholes or traffic accidents. 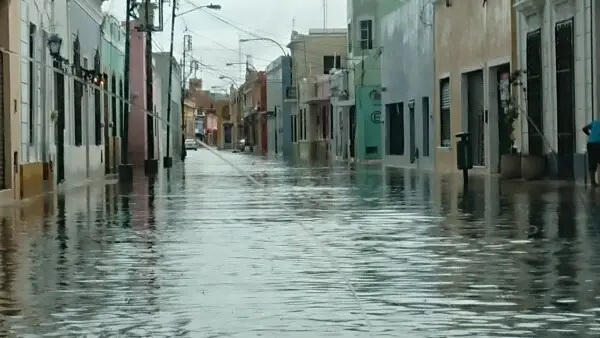 Seven days of non-stop rain in Merida
The report that Conagua in Yucatan issued on Wednesday, June 3 about the rains of Tuesday 2, Monday 1 and Sunday, May 31
In its daily reports, the Conagua in Yucatan published that in Merida it rained as follows:

In five consecutive days of rain, a total of 366.8 mm fell in Merida. The equivalent in water to two hurricanes in only three days.

Merida Flood
After forming in the Pacific, “Amanda” degraded and dissipated on Sunday, May 31; its remnants crossed the Gulf of Mexico on Tuesday afternoon, June 2, and became the “Cristobal” storm.

On Friday, May 29, the rains were caused by the tropical disturbance, which, on Saturday 30, became a tropical depression, and on Sunday 31 a cyclone in the Pacific named “Amanda”. 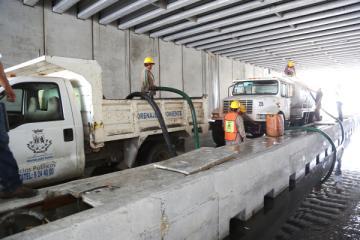 Although it dissipated on Sunday night, the low pressure of its remnants continued to cause rains on Monday, June 1, when it became tropical depression 3. On Tuesday, June 2, in the afternoon, it became “Cristobal” tropical storm. Since June 3, and it is still active and going.

Don’t forget to take your umbrella since more rain is expected until next week.