Shadow of insecurity looms over travel trade show in Acapulco

ACAPULCO — Mexico’s biggest travel trade show kicked off Monday March 27 in Acapulco, where organizers are hoping to inject new energy into the destination’s tourist industry. But the start was not an auspicious one.

As travel representatives from countries around the world began converging on the Guerrero city for Tianguis Turístico, the Holland America Line canceled eight cruise ship arrivals for 2017 over security concerns.

It was security worries that ended the show’s 36-year run in Acapulco few years ago when it began alternating with other destinations. And while security remains a worry — Guerrero continues to be Mexico’s most violent state — tourism officials have not forgotten its glory days as a prime international tourist destination. 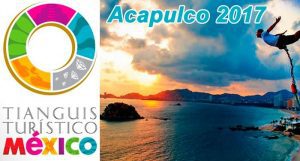 “We want to highlight the relevance of Acapulco in Mexico; it was [this destination] that positioned the country in the international [tourism] market . . . this is a destination we will not abandon but will keep supporting,” said Enrique de la Madrid, head of the Tourism Secretariat, also known as Sectur.

One of the show’s goals is to promote the Mayan route operated by the airline Aeromar, offering flights between Cancún, Quintana Roo, and Mérida, Yucatán; Tuxtla Gutiérrez, Chiapas; and Villahermosa, Tabasco.

De la Madrid said tour operators, or wholesalers, from 85 countries will participate in this year’s Tianguis, the largest number in the event’s history, although the number of meetings that have been set up between buyers and sellers is expected to be down slightly from last year’s 37,022 in Guadalajara.

Mexico has its long-term sights set on raising tourism revenues, even though last year’s income from foreign tourists was a record-breaking US $19.57 billion. But the Tourism Secretary said in an interview with the newspaper El Universal that Mexico ranked at just No. 17 in the world in 2015 despite being one of the top 10 most popular destinations.

He believes it will move into 14th place in the 2016 rankings and into the top 10 within two years. One of the means to get there is to develop value chains through the integration of the tourism industry with domestic suppliers, he said.

De la Madrid cited research by the firm Global Insight, which found that annual expenditures on goods and services by hotels and restaurants come to more than $9 billion.

Yet more than 60% of those goods and services are imported.

For the tourist industry, however, a more immediate concern is security and hosting Tianguis Turístico in Acapulco this year did not have the industry’s full support.

Travel industry conglomerate Apple Leisure Group was one of the opponents, but Sectur insisted that all the necessary arrangements had been made to guarantee a peaceful event.

It pointed out that the city’s tourist zone is not one where violence has been a problem, and that recreational and leisure activities continue without adverse effect.

The state governor said this week that some 7,000 people are expected to visit during the trade show.

Héctor Astudillo Flores also announced that investment in the resort town will total US $2.5 billion this year, mainly to develop destinations south toward the Costa Chica region.

Business people “believe in the state,” he said.

For some, though, their belief is wavering.

The cancelation of eight cruise ship arrivals by Holland American Line is another setback for the industry in Mexico.

“Given recent security concerns, Holland America Line has replaced its arrivals to Acapulco, Mexico, with alternative Mexican ports in eight cruises scheduled between 2017 and 2018,” said the cruise line in a prepared statement, adding that the safety of its clients was its “highest priority.”