According to an article published in the Journal Science, for the first time, one of the many COVID-19 vaccines in development has protected an animal from infection by the new coronavirus.

Sinovac Biotech has created a new COVID-19 vaccine by developing the new coronavirus in the monkey cell line and inactivating it with chemicals. For the first time, one of the many COVID-19 vaccines in development has protected an animal, rhesus macaques, from infection by the new coronavirus, scientists report in an article published in the journal Science. The vaccine, an outdated formulation consisting of a chemically inactivated version of the virus, produced no apparent side effects in the monkeys, and human trials began April 16.

Researchers from Sinovac Biotech, a private company based in Beijing, gave two different doses of its COVID-19 vaccine to a total of eight rhesus monkeys. Three weeks later, the group introduced SARS-CoV-2, the virus that causes COVID-19, into the monkeys’ lungs through their tracheal tubes, and none developed a full-blown infection. 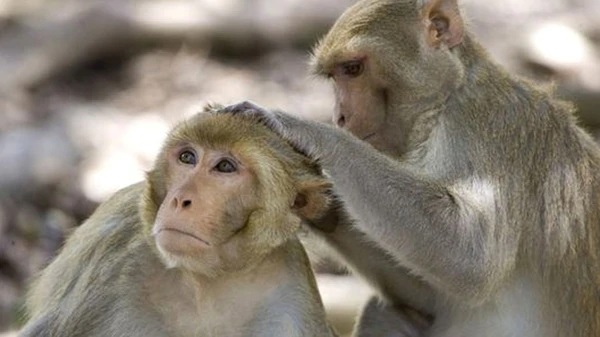 The monkeys that received the highest dose of vaccine had the best response: seven days after the animals received the virus, the researchers could not detect it in either the pharynx or the lungs of either animal. Some of the treated animals had a lower “viral blip,” but also appeared to have controlled the infection, Sinovac said in a paper published April 19 on the bioRxiv preprint server. In contrast, four control animals developed high levels of viral RNA in various parts of the body and severe pneumonia. The results “give us a lot of confidence” that the vaccine will work in humans, says Meng Weining, Sinovac’s senior director of overseas regulatory affairs.

Douglas Reed of the University of Pittsburgh, who is developing and testing COVID-19 vaccines in studies with monkeys, says the number of animals was too small to produce statistically significant results. His team also has a manuscript in preparation that raises concerns about how Sinovac’s group increased the stock of new coronaviruses used to challenge animals: it may have caused changes that make it less reflective of those that infect humans.

Another concern is that monkeys do not develop the more severe symptoms that SARS-CoV-2 causes in humans. Sinovac researchers acknowledge in the paper that “it is still too early to define the best animal model to study SARS-CoV-2,” but noted that unvaccinated rhesus macaques that receive the virus “mimic COVID-19-like symptoms”.

The study also addressed concerns that partial protection could be dangerous. Previous experiments in animals with vaccines against the related coronaviruses that cause SARS and MRS had found that low antibody levels could lead to aberrant immune responses when an animal received the pathogens, improving infection and creating pathology in its lungs. But Sinovac’s team found no evidence of lung damage in vaccinated animals that produced relatively low levels of antibodies, which “lessens the concern for vaccine improvement,” says Reed. “However, there is still a lot of work to be done.”

In test-tube experiments, Sinovac researchers mixed antibodies taken from monkeys, rats, and mice that received their vaccine with virus strains isolated from patients with COVID-19 in China, Italy, Switzerland, Spain, and the United Kingdom. The antibodies neutralized all the strains, which are widely dispersed in the phylogenetic tree, the researchers noted.

SARS-CoV-2 appears to accumulate mutations slowly; however, variants can pose a challenge to a vaccine. In test-tube experiments, Sinovac researchers mixed antibodies taken from monkeys, rats, and mice that received their vaccine with virus strains isolated from patients with COVID-19 in China, Italy, Switzerland, Spain, and the United Kingdom. The antibodies “neutralized” all the strains, which are “widely dispersed in the phylogenetic tree,” the researchers noted.

“This provides strong evidence that the virus is not mutating in a way that would make it resistant to the #COVID19 vaccine,” tweeted immunologist Mark Slifka of Oregon Health & Science University. “Good to know.”

Sinovac is an experienced vaccine manufacturer: it has marketed inactivated viral vaccines for hand, foot and mouth disease, hepatitis A and B, and H5N1 and avian flu. But Meng says it could produce at most about 100 million doses of the vaccine and may need to partner with other manufacturers if the company’s COVID-19 vaccine proves safe and effective in human trials.

The company recently began Phase I clinical trials in Jiangsu province, north of Shanghai, to test the safety and immune responses in 144 volunteers. An equal number of participants will receive the high and low doses or a placebo. Although placebos are not typically used in Phase I studies, which do not evaluate efficacy, Meng says this may help better assess whether the vaccine causes any dangerous side effects. The company hopes to begin Phase II studies in mid-May that have the same design but enroll more than 1,000 people, with results ready by the end of June.

If all goes well, says Meng, Sinovac will seek to launch traditional phase III efficacy trials that compare the vaccine to a placebo in thousands of people. The company has also discussed joining international vaccine trials organized by the World Health Organization (WHO). Given the low level of transmission now occurring in China, the company is considering even more efficacy trials in other countries that are more affected by the virus. “We can’t put all our eggs in one basket,” says Meng.

To quickly obtain more efficacy data after Phase I and II trials and potentially help people, Meng says Sinovac can apply to regulatory agencies in China and other countries for emergency clearance to give the vaccine to people at high risk of infection, such as customs officials and police officers who generally do not use the protective equipment used by health workers. The Democratic Republic of the Congo in 2018 began widespread use of an experimental Ebola vaccine in that state, and evidence suggests that it helped powerfully to curb that epidemic. (That Ebola vaccine received regulatory approval for the first time in November 2019.)