Ek Balam, a Mayan god represented by the Black Jaguar

The word comes from the guaraní jaguarete. “jaguar” – and the suffix “ete”, which means “beast of prey”. The word entered English presumably via the Amazonian trade language “Tupinambá”.

Revered by every tribe from the indigenous peoples of the United States, for some Native Americans, the word meant, “he who kills with one blow”  and in the mythology of the pre-Columbian America,  the black jaguar was widely seen as a god in Peru, Mexico, or Guatemala, to name a few.

Mayans, Aztecs, Incas, they all worshiped the jaguar in every form.  In the mausoleum of deities, the jaguar god was second only to the snake god in religious importance.  At the Temple of the Jaguar in Chichen Itza, the Maya king had to walk beneath a frieze of a procession of jaguars during his coronation ceremony.

It was an icon for the brave hunter and warrior, who created military orders of jaguar soldiers. Their members were the most valiant and highly acclaimed. Gods, kings, warriors, and priests added the jaguar epithet to their names, “Balam” burnishing their reputations with a symbol of prestige and power and only the most elite of warriors and kings could use their black or spotted pelts. 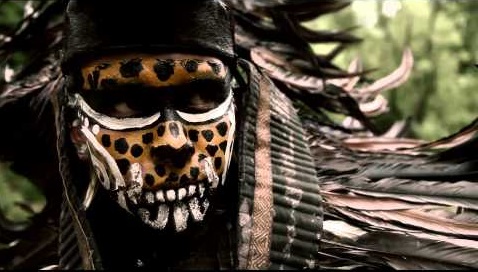 In Mayan mythology, the jaguar was seen as one of the rulers of the “Xibalbá” (the Underworld) and as such, a symbol of the night sun and darkness.  There were Mayan priests called Balam who officiated at only the most important ceremonies.  Along with the Aztecs and Mayans, the Inca also built temples dedicated to the jaguar.

For them, the jaguar was representative of power, ferocity, and valor; it was the embodiment of aggressiveness.  It represented the power to face one’s fears, to confront one’s enemies.  However, they are also associated with vision, the ability to see during the night and to look into the dark parts of the human heart.

For the Mayan shamans the sighting of a black jaguar announced catastrophe or disaster, associated with the omen and the foreknowledge of things to come. 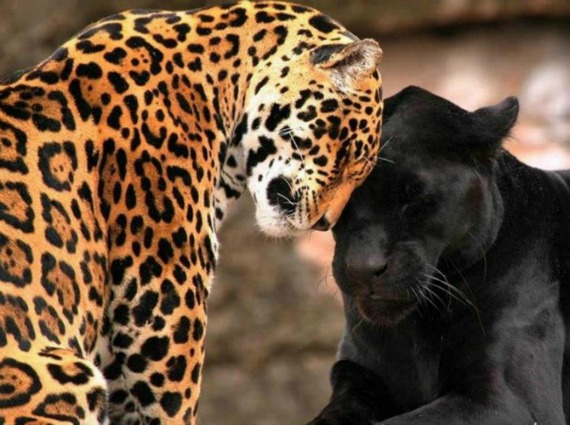 Origins.
The jaguar actually originated in the north of the American continent, though now it only lives in the South of Mexico, Central America and parts of South America. The jaguar moved south when Central America formed into a land bridge.  Jaguars habitats are mainly jungles and swamps, but they also live in semi-arid mountainous regions, so long as the area is forested.  The jaguar is also one of the few cats to like water, and often can be seen playing in it.

The black panther is actually the same species as the jaguar, the black coat is a color variation.

The black jaguar, also known as a panther, is linked to many other civilizations and cultures. Such as the Roman god Bacchus (Greek Dionysus).  Bacchus was supposedly nursed by panthers, and in some depictions, he is riding a chariot pulled by the large cats.  Bacchus is often thought of as the god of wine and mirth, but he is strongly linked to the unleashing of desires.

This is something the Aztecs and Mayans also had a notion of.  Both peoples spoke and taught about the power of becoming half-jaguar and half-human, because a person who can do this can get rid of all of his cultural restrictions and inhibitions.  In other words, he could act upon its most hidden desires. 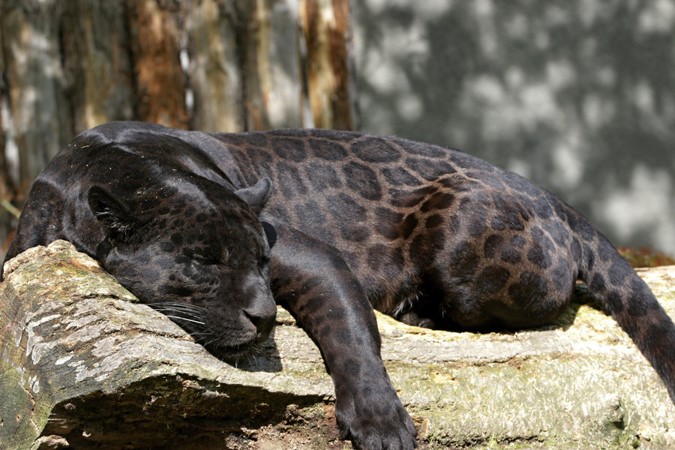 The jaguar in danger of extinction
The list of endangered species was created in 1963 by IUCN (International Union for Conservation of Nature) with the aim of ensuring the conservation of biodiversity and the natural wealth of our planet and, with the establishment of the Red List, is intended to raise the alarm about species that are being particularly damaged and that, if we do not do something to reverse this situation, will end up disappearing, becoming and extinct species.

The jaguar is in danger of extinction, it has been included in the IUCN Red List. This means that its situation is critical. Jaguars are a species whose situation is rapidly worsening due to a series of phenomena that are destroying their natural habitat, decimating the current populations and which, moreover, are not likely to be solved in a short period of time.

The main threat that is decimating jaguar populations is the deforestation of their habitat. Both in Mexico and in the Amazon, deforestation is taking giant strides, either for tourism or to obtain new farmland (especially for palm and soybean cultivation). This accelerated destruction of its natural habitat, is making it more difficult for the jaguar to hunt and reproduce, which in turn contributes to jaguar populations being further damaged.

The second main threat facing the species is poaching and illegal trafficking of exotic animals. In Mexico, peasants hunt this animal because it is a species that attacks livestock. Thus, despite the laws that have been implemented in the country in order to protect it, the reality is that the species is increasingly threatened, and if the proper measures are not taken, it is very likely that in the forecoming years jaguars will only be admired in zoos and film.