By Yucatan Times on October 2, 2018
With the purpose of reinforcing the defense of the town of San Francisco de Campeche, the construction of the San Miguel redoubt began in 1779 in order to protect the gate.
San Miguel is located on the hill known since colonial times as Bellavista, near where a hacienda with the same name was located. In the site a provisional battery was raised by the then brigadier of the royal armies D. Antonio Oliver, who in 1771 communicated to the King of Spain that the Plaza de Campeche was indefensible, so it was necessary to change the defensive strategy of the city , assuring the population no longer from its walls, but with external works located towards the areas of greater danger, thus creating batteries where a certain number of guns and redoubts would be grouped by twelve cannons of 24 pounds.
The building has a quadrangular floor surrounded by a moat where there are two bridges: the sleeper, built of masonry; and the draw, made of wood. On the land side there are two small bastions guarding the door. The body of the guard, the officer of said body, the lodgings for the troops, the stores of provisions, the one of accoutrements and the kitchen occupied the rooms that surround the central patio with cistern.
Its access corridor protrudes in a wavy form, a defensive system that avoided the enemy’s open entrance as well as the projectiles. Its entrance is made of stonework and is rectangular in shape, topped by a triangle.
In the part superior it has esplanades and parapets, as well as three sentry boxes that served as shelter to the lookouts, two by the side of earth and one by the side of sea. 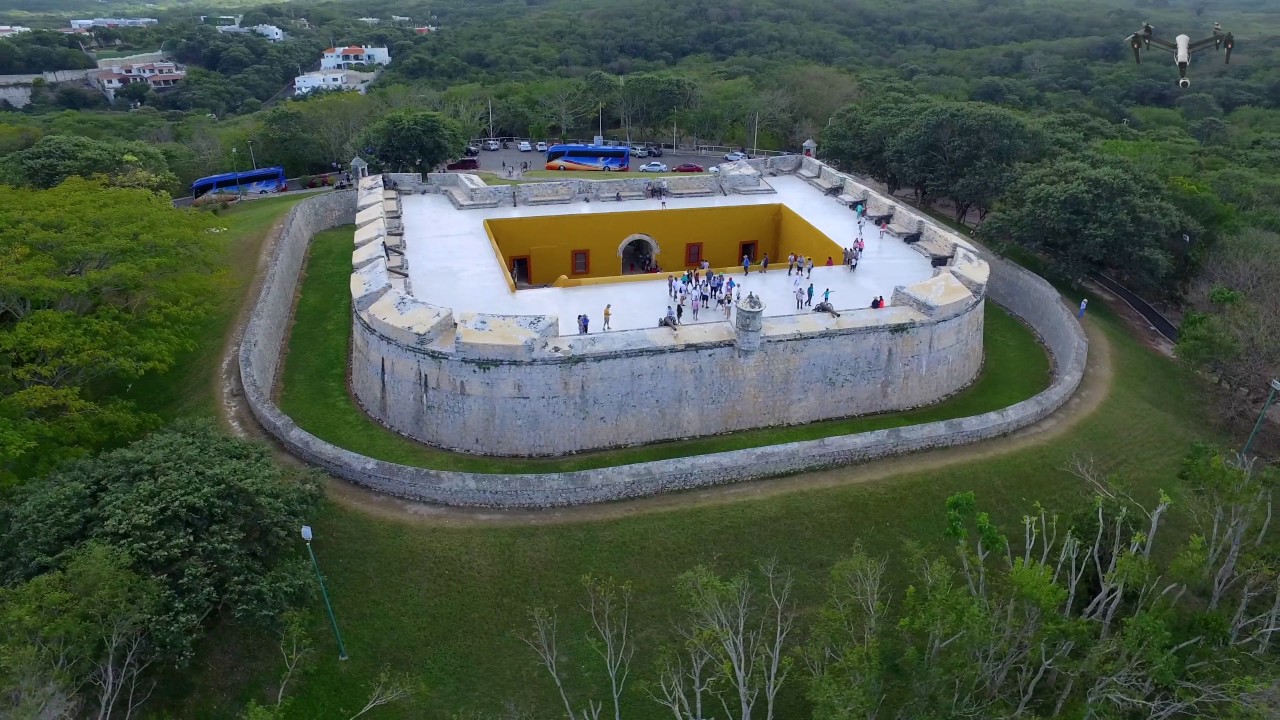