Mexico will host the fifth edition of the Business Meeting of the Pacific Alliance-Colombia, Chile, Peru, and Mexico, which will convene more than 250 high-level entrepreneurs for two days.

The meeting will take place during the 13th Presidential Summit, to be held on July 22 and 23 in Puerto Vallarta, Jalisco, and will be attended by the presidents of Chile, Sebastián Piñera; Colombia, Juan Manuel Santos; Mexico, Enrique Peña Nieto, and Peru, Martín Vizcarra.

In a press release, the Ministry of Economy explained that the objective of the event will be to promote the 2030 vision of the Pacific Alliance in its process of deep integration in the international environment, as well as to publicize their advances in terms of investment, trade, digital agenda, financial integration, and logistics, among others.

The plenary session of the Business Council of the Pacific Alliance (CEAP) will also seek to strengthen the economic integration of the bloc, presenting programs and proposals for the next period.

The CEAP was constituted on August 29, 2012 and is composed of businessmen and representative associations of the four countries -Chile, Colombia, Mexico, and Peru. The Mexican chapter is represented by the president of the Mexican Business Council of Foreign Trade, Investment and Technology (COMCE), Valentín Diez Morodo; the president of the Technical Secretariat, Paulo Carreño King, and the sherpa, Sergio Contreras.

According to the Ministry of Economy, the Pacific Alliance represents the eighth largest economy in the world, with a population of 223 million people.

Chile, Colombia, Mexico, and Peru are the four most competitive economies in the region, according to the Doing Business Index of the World Bank. 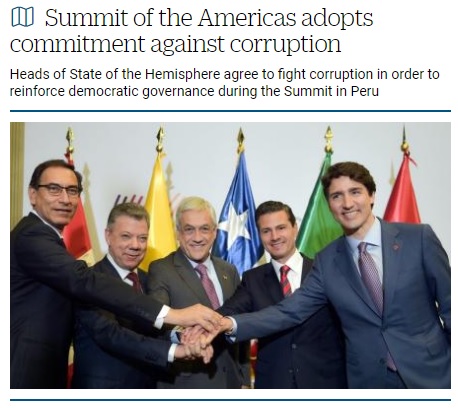 He added that the Pacific Alliance is the fifth recipient of Foreign Direct Investment (FDI) at the global level and attracts 43 of FDI from all of Latin America and the Caribbean.

Furthermore, the four nations concentrate 71% of investment projects in the region of the automotive sector, 58% of textiles, apparel, and fashion design, 57% of logistics, and 59% of machinery and equipment.