According to Mexico News Network, Canadian cannabis company Khiron has appointed former president of Mexico, Vicente Fox, as advisor and ambassador of the brand and becomes part of the Board of Directors.

“Mr. Fox will be strategic advisor and ambassador of the company’s brand, driving the education and leadership interests of the brand throughout Latin America,” the company said in a statement.

According to Khiron, through his diverse commercial and community interests, Fox has been a respected and high-profile advocate for the legalization of medical cannabis throughout the Latin American region.

“He is currently a member of the board of directors of a major cannabis publication based in the United States that advocates legalization,” the document says.

For Álvaro Torres, CEO of Khiron, the work of the Fox Centre in the realization of the CannaMéxico 2018 was a decisive step to establish an approach with the former Mexican president. 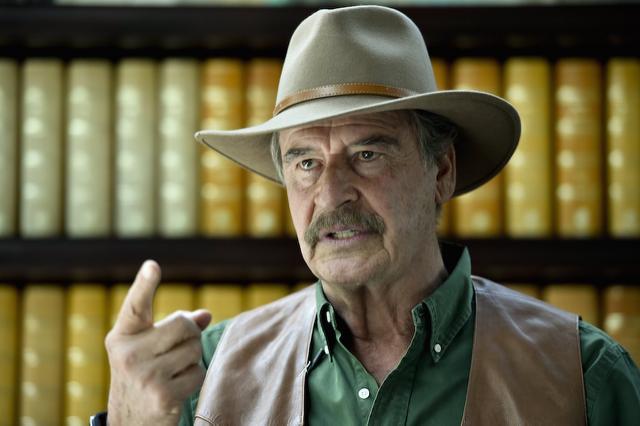 “After participating in CannaMexico 2018, a major medical cannabis conference organized by Centro Fox, it became clear that the collaboration between Khiron, Fox and Centro Fox generated the opportunity to greatly advance our joint interests,” the statement said.

In May 2018, Khiron enrolled in the TSX Venture Exchange, becoming the first medical cannabis company based in Colombia that operates in any stock market worldwide.

The lesson of Mexico

Mexico has legalized medicinal marijuana, but Fox says regulations are needed to put the change into effect. With legalization spreading in the US, and Canada expected to broadly legalize cannabis later this year, Fox is eager to see Mexico follow suit.

“We have to come up to where the United States is,” he says. “This is happening in several key states throughout the union, and also like other world nations are doing, like Holland, like Portugal, Uruguay, so Mexico has to be updated on this public policy.”

If Mexico takes the next step to full legalization “one of the things that I’m absolutely convinced that will happen in Mexico is that we’ll take away half of the money that cartels get from selling drugs in the United States, and that half of the money will reduce the amount of guns and ammunition bought by the cartels.”

Yes, Fox says. Once it’s a legal industry and a legal farming product, “it should form part of NAFTA,” Fox says. “It’s another product that can enhance our private sector, corporations, farmers, retailers … so it should happen. We should promote it.”

The black market continues to thrive in California despite legalization. What can be done?

“The thing is, those criminals that used to have control of this industry in the United States are still there,” Fox says.

“This is one more reason why in the long term I think that all drugs should be legalized. … But we must educate people. We must educate consumers. We must prevent the wrong things from happening.”