How much does it cost to get a driver’s license in Mérida?

A new increase in the driver’s license cost was officially announced by Carlos Pasos Novelo, general director of the Tax Administration Agency of Yucatan (AFY), as part of the dispositions in accordance with the reforms of the Income Law that took effect in 2018.

For this purpose, and for the first time in Yucatan, a new Unit of Measurement named UMA was used. Instead of the minimum wage as it was done before. Correspondingly, drivers will pay between $32 and $110 pesos more, depending on the type of license.

“The driver’s licenses prices for motorist, motorcyclist and public passenger or freight services issued by the Ministry of Public Security (SSP) increased since Thursday February 1”, informed the Tax Administration of Yucatan.

In the case of conventional motorist license, the new prices are: 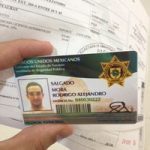