Trump says he can beat Oprah in a presidential race

American President Donald Trump says it would be “fun” to run against former chat show doyenne Oprah Winfrey, amid calls for her to launch a White House bid.

His daughter Ivanka Trump joined a wave of praise for the media mogul’s speech at Sunday’s Golden Globe awards.

A Winfrey confidante says the actress is “intrigued” by the possibility of declaring a 2020 presidential campaign.

Her impassioned speech about the importance of tackling inequality drew plaudits from coast to coast. 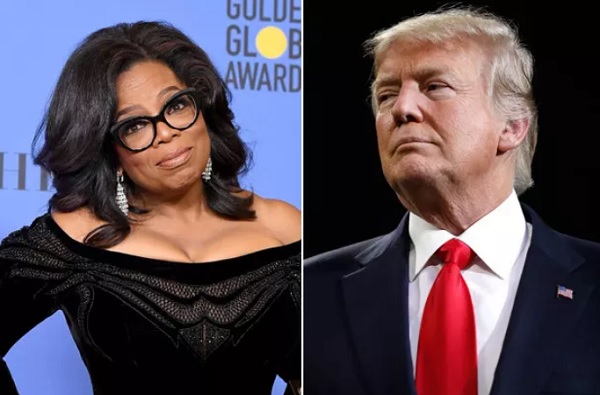 Mr Trump said during his meeting on Tuesday January 9, that campaigning against Ms Winfrey would be “a lot of fun”.

He added: “I did one of her last shows. Her last week. She had Donald Trump and my family.”

“If she’d do it, she’d be fantastic. I mean, she’s popular, she’s brilliant, she’s a wonderful woman.”

In 2015 – less than one week after announcing his candidacy – Mr Trump again suggested that Ms Winfrey would be his top pick for vice-president.

“I think Oprah would be great. I’d love to have Oprah,” he said, adding “I think we’d win easily, actually.”