A vertical tricolor of green, white and red with the National Coat of Arms centered on the white band, that is how the Mexican flag looks like today.

The colors of the Mexican flag originated of those from the “Trigarante” Mexican  Indepence Army in 1821, and they had the following meaning: 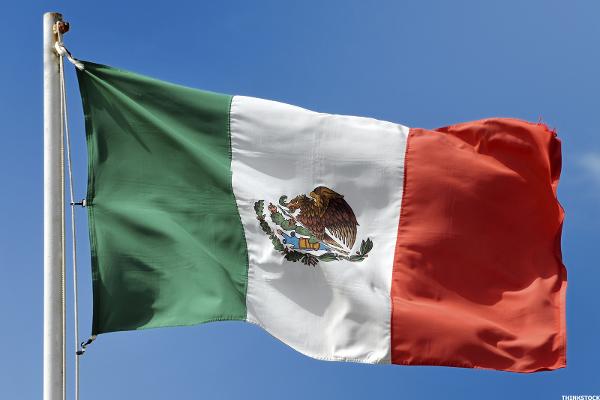 The National Flag is synonymous with freedom for all Mexicans in national territory, and represents an extension of Mexico, for those who are abroad.

During the term of president Benito Juárez, the flag colors meanings took a different connotation where Green was hope; White was unity (it could not be religion, since president Juarez established a non-religious secular state); and Red was the blood of the national heroes, spilled during the war of independence.

The coat of arms and national emblem, was first adopted in 1823 as a representation of the national identity. It is considered one of the most beautiful in the world, both for its image and for what it represents:

The mythical Aztec legend that tells about the pilgrimage of more than 300 years made by the “Mexica” people to find the signal sent by their god Huizilopochtli, an eagle perched on a cactus, while devouring a snake. Which at last, conferred them the power to find the exact spot on which to build the great city of Tenochtitlan in the heart of what we now know as Mexico City.