How to Use Mexico’s Do Not Call Registry

Quintana Roo, Mexico – When we lived in the U.S., I registered both our cell numbers and our home phone number with the Federal Trade Commission’s National ‘Do Not Call Registry.’ Although it wasn’t a foolproof system to avoid unwanted telemarketers from annoying us at all hours, it definitely cut down on the number of calls we received.

Now that we live in Mexico full time, and have for the past three years, we no longer have U.S. based phone numbers. We switched shortly after moving because the Mexico based cellphone plans were much cheaper.

It wasn’t long after we got our new Mexican telephone numbers that we started getting calls from telemarketers – the only difference this time was that their sales pitches were all in Spanish.

Fortunately, Mexico has a law very similar to that of the United States that allows people to add their Mexican phone number(s) to a national do-not-call registry called Registro Público para Evitar Publicidad (REPEP).

They even have an online portal so you can do it yourself in less than a minute.

Registering Your Number Online
Note: You can only register Mexican phone numbers. 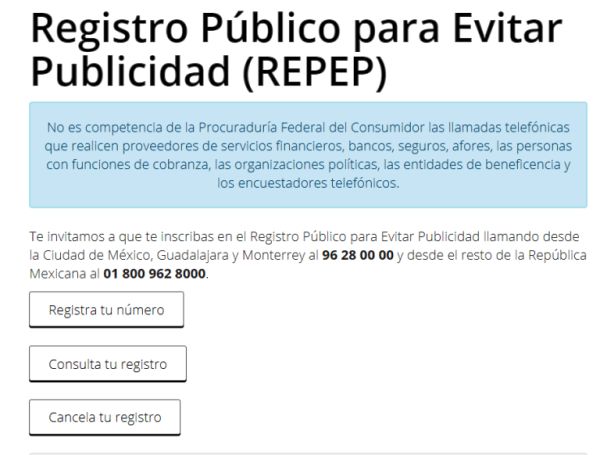 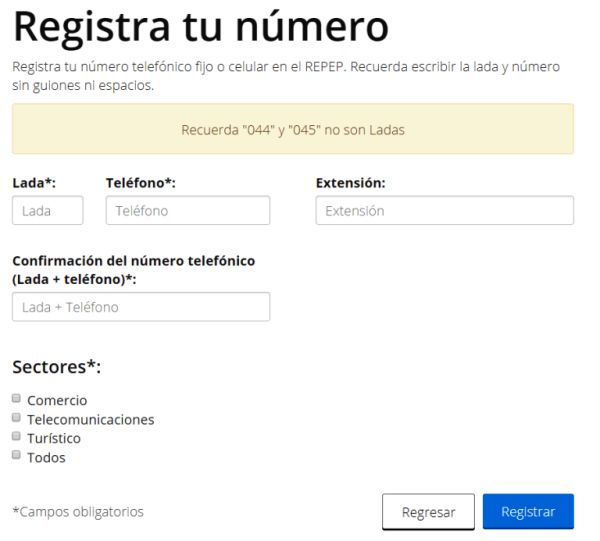 If you want to confirm that the information is in the registry, go back to Step #2 above and click on “consulta tu registro.” Enter your phone number and you’ll be able to see if it’s in the system.

Let’s Wrap This Up

Unless you’re a bored retiree who enjoys talking to strangers while working on his or her Spanish skills at the same time, I recommend adding all of your Mexican phone numbers to the registry. We used to get several solicitation calls a week before we added our numbers and now we don’t get any.