A public-private program called “Permanent Maintenance of the Historical Center” (Programa permanente de mantenimiento del Centro Histórico) was officially kicked off on Wednesday October 19 at Parque Saint Lucia with the presence of Mayor Mauricio Vila Dosal and other municipal officers and Meridano businessmen.

And as usual, many people in Mérida are wondering just how “permanent” this program will be.

The 2.4 million-peso program provides for an ongoing cleaning schedule for walls, sidewalks and streets, which will take place twice a week, particularly near plazas, bus stops and “mercados“.

Mayor Mauricio Vila, accompanied by representatives of the Mérida private sector and some municipal officials as well, personally “waved the starting flag” for the works to begin in Centro.

Meanwhile, municipal authorities were monitoring workers with a crane hanging seasonal ornaments at Calles 60 and 55. Then came power washing of the sidewalks at 55 and 62, which were basically covered with chewing gum. 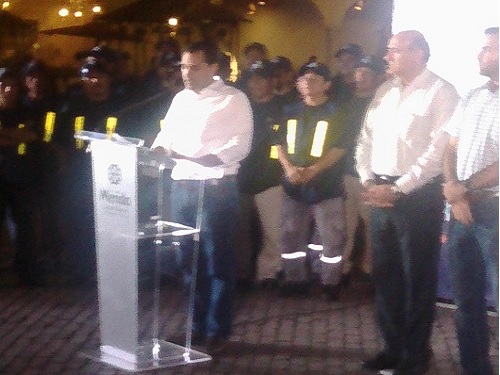 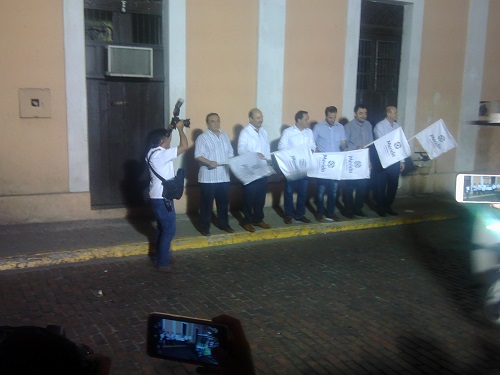 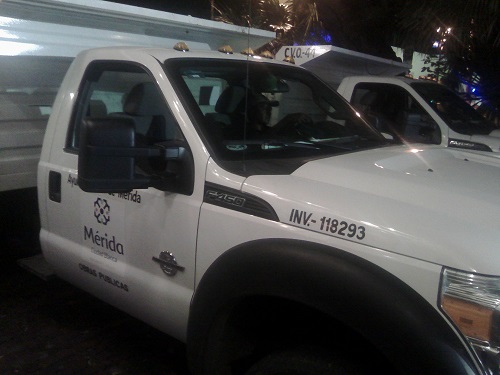 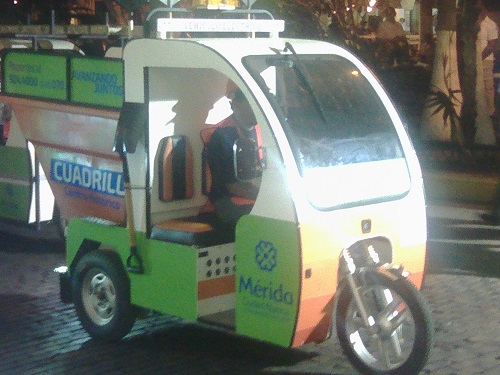 This program is being implemented in collaboration with the local chamber of commerce, the state government and the region’s utility companies, which are required under the rules to respond within 24 hours (or supposed to) when wiring or water lines are reported broken.

“With the participation of civil societies and institutions, we will have a safer, more functional, cleaner and more visually attractive historic center,” Vila concluded.