On Saturday February 13th, Nuevo Leon State Attorney Roberto Flores Treviño, confirmed at a press conference the arrest of the director and two officials of the Topo Chico penitentiary as they were found responsible for the riots in which 49 prisoners were killed.

Flores Treviño announced that the former director,  Ms. Gregoria Salazar, the deputy, Fernando Domínguez, and the official Jose Reyes Hernández were charged with the crimes of homicide and abuse of authority. 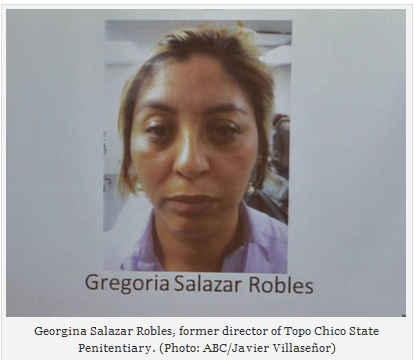 He added that they have already identified two of the four bodies that could not be classified as inmates of the prison. They are Jesus Ricardo Espinoza Beltrán, 23, and Roberto de Jesús Martínez Govea, whose bodies have already been delivered to their families.