CANCÚN Quintana Roo (Times Media Mexico/Photos: Infoqroo) –  As the busiest part of the summer vacation season began, police and military carried out an inspection operation in the “Punta Cancún” bar area, in the hotel zone. The convoy was led by units from the Attorney General’s Office (FGE) and was concentrated in the “Palazzo” discotheque.

Elements of the Army, the Mexican Navy, the Federal Police and municipal agents participated in the operation. 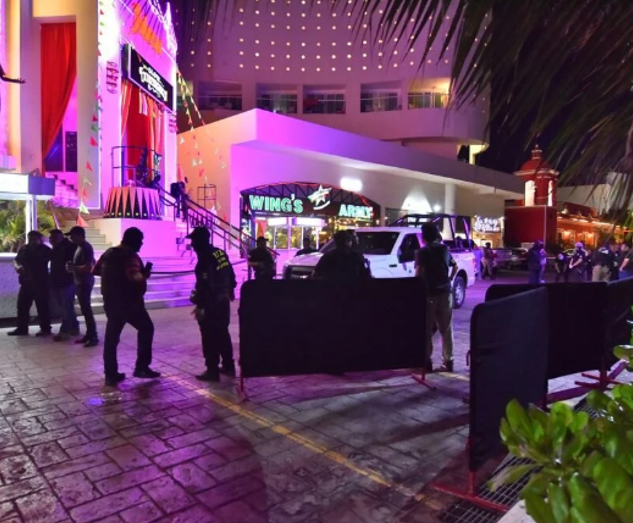 In a first report, it was said that some 70 workers, including guards, waiters, locals, bartenders, hostesses, entertainers, the manager, men and women, were interviewed and it was even mentioned that some were arrested.

Disappearance of a student
Unofficial reports indicate that the search and inspection in Cancún was conducted as part of the investigations following the disappearance of a Monterrey student, who apparently was there before he was lost contact. The young man was last seen in the bar “Palazzo”, from where he would have left and then lost contact with his family. It should be noted that the student’s family social networks are asking for community support to locate 24-year-old Sahir Alexis Lopez Ruiz, who disappeared on July 11 in Cancun.

Tourists denounce abuses
Another version points out that the operation is due to complaints from tourists for alleged abuses, including beatings, and the dispossession of their belongings, in addition to undue charges.