In Mexico, as in the United States, St. Valentine’s Day, February 14, has become one of the more commercial dates on the calendar.

We all know that Valentine’s Day is traditionally used for people to declare their love for one another and usually involves sending of cards, flowers, chocolates or other activities such as romantic dinners or weekend getaways.

Its origins are a mystery. The day itself is named after some kind of not very well known saint called Valentine, yet no romantic elements are associated with this character (there are many different versions); however, one too many authors have tried to rewrite history to fit our modern beliefs and make us think the man was some kind of Cupid.

Fact is Valentine’s Day has spread around the world, resulting in unique traditions from country to country, and Mexico is no exception.

But, how does an Expat celebrate Valentine’s Day in Mexico?

Some Expats, particularly in countries like ours, see Valentine’s Day as a chance to reconnect with home, with those left behind.

Valentine’s Day reminds some Expats around the world of long gone love stories, while in other cases, many of them actually moved abroad for love.

In some countries, Valentine’s is not a big deal like in the United States, but here in Mexico, it is a good reason to celebrate, and if you are an Expat living in Mexico, you probably are aware that Mexicans love to take advantage of any special date to turn it into a holiday. 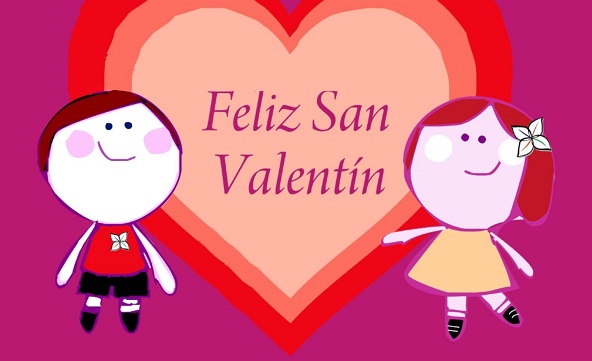 In Mérida, it is common to see the shops and restaurants decorated with hearts, Cupid figurines, balloons and ribbons. On the streets and tourist sites, it’s common to see ballooners, with their colorful cargo, and shopping malls crammed with suggestions for gifts, ranging anywhere from a simple card to the classic stuffed animals and chocolates, jewelry, perfumes, cell phones and even underwear!

Some people like to give this day a personal touch that “their other half” will always remember; and so they come up with elaborate candlelight dinners at home (sending the kids with grandma)… or an elegant meal at a fancy restaurant, with a trip to a motel afterwards…

Others just show up after work with a red rosa, a hallmark card or a small box of chocolates asking what’s for dinner.

Whatever is the case, just remember that it is always best to give love, and not to buy it!