Tales from the crypt in CDMX

A giant skeleton has “emerged” from a street in the Tlahuac neighbourhood of Mexico City.

Much to the delight of local children, the sculpture has been placed in the city street ahead of the Day of the Dead celebrations on 1 and 2 November.

The skeleton is made of cardboard and local artists have placed construction rubble next to it to make it appear that it is breaking out from under the tarmac.

Mexicans have been gearing up for the annual festival during which they celebrate the lives of the departed. 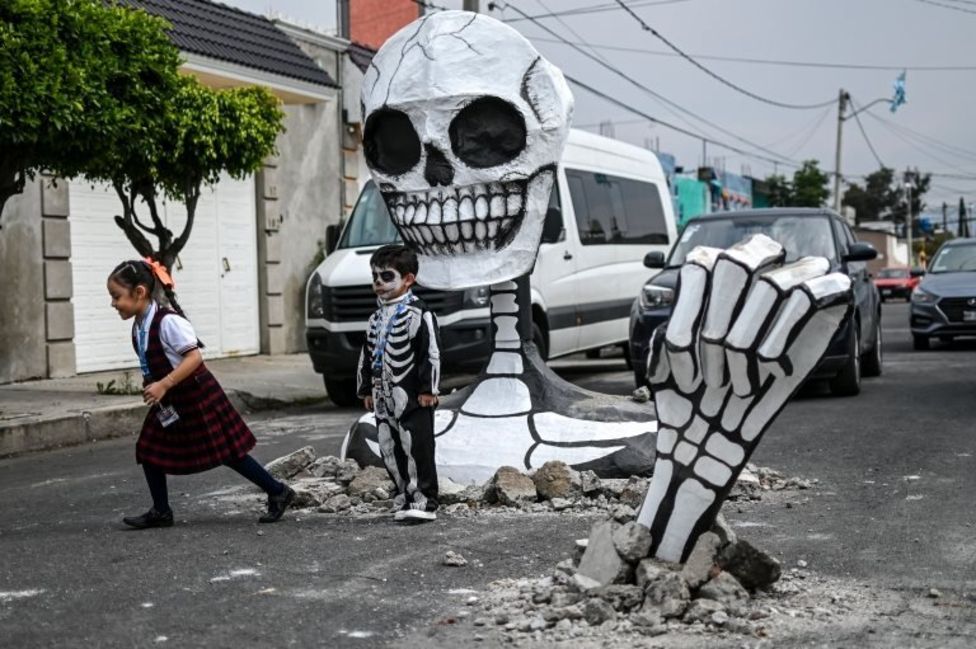 On Saturday, hundreds of people dressed up to take part in parades named after Catrina, the name given by Mexican cartoonist José Guadalupe Posada to an elegant skeleton he drew more than a 100 years ago.

The Catrina parade is a family affair with all generations joining in.

One of the biggest parades was held in Mexico City, but cities such a Monterrey in the north also held colourful events.

The festival has pre-Hispanic roots and many of the costumes reflected its ancient origins. 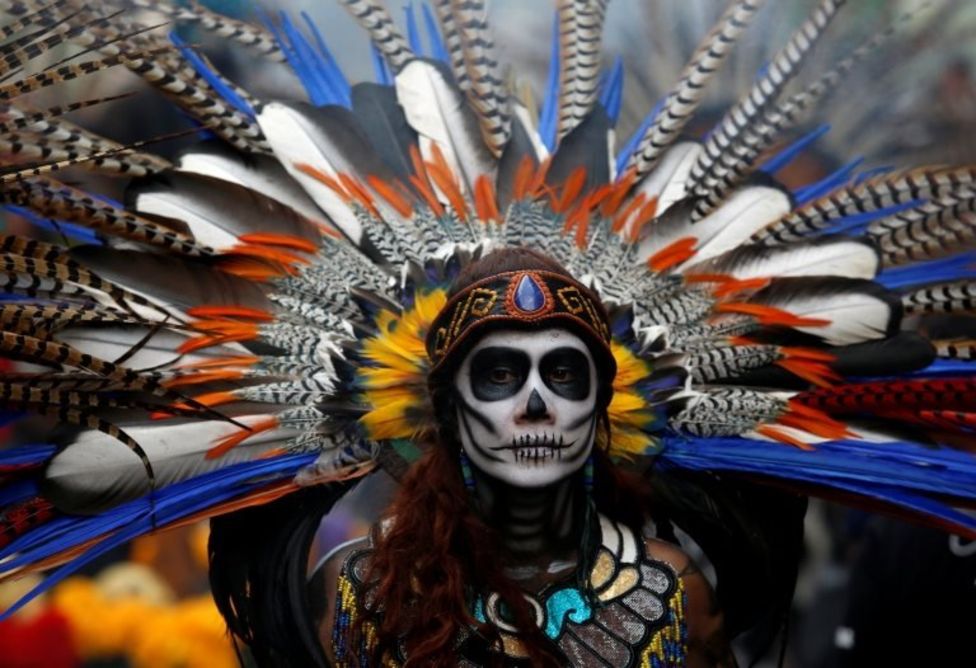 But skeletons, whether modern or traditional were still the most popular look.