CHIAPAS Mexico (Agencies) – The migrant caravan that remained stranded for two days on the border between Mexico and Guatemala tried to break through the siege of hundreds of National Guard troops and entered the country by crossing the Suchiate River.

This was a massive influx of approximately one thousand migrants, including women, men and dozens of minors, some children in arms. Just across the river, on the Mexican side, elements of the National Guard tried to stop them and the migrants responded by throwing rocks at them. The forces of law and order threw pepper spray directly at them in order to contain them.

On the margins, one can observe the confrontation between agents of the National Migration Institute (INM) and members of the National Guard, against the migrants who, by outnumbering them, for the most part managed to run and reach the Pan-American Highway and advance, already as a caravan, some 26 kilometres.

However, when they arrived near the town of Frontera Hidalgo, the National Guard once again surrounded them and subdued them, managing to detain 402 migrants, according to figures released later in a statement by the National Migration Institute.

Several dozen migrants dodged the fence and ran to hide on the slopes of the road. Other groups, faced with the strong containment operation, crossed the border back to the city of Tecún Umán on the Guatemalan side.

In the hours that followed, some migrants expressed their intention to return to their country of origin, Honduras.

One of the migrants explained that they made the decision to cross the river and break the siege, after the Mexican government refused to give a positive response to the request they made to him through a letter addressed to President Andrés Manuel López Obrador, in which they asked to be allowed free transit. 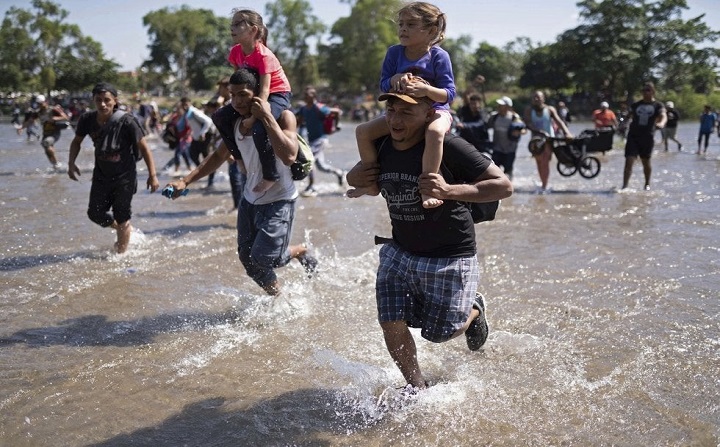 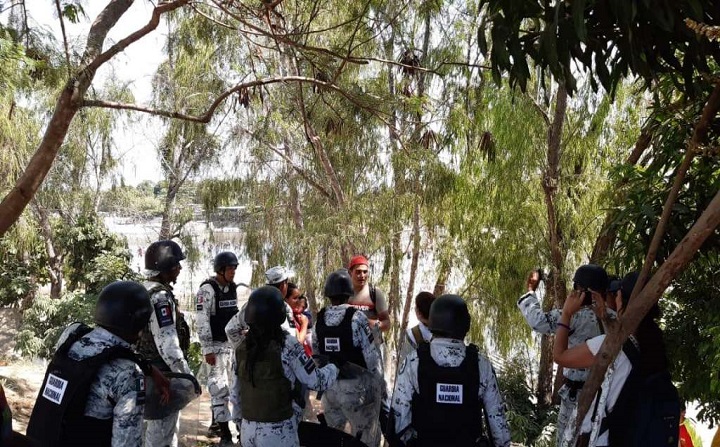 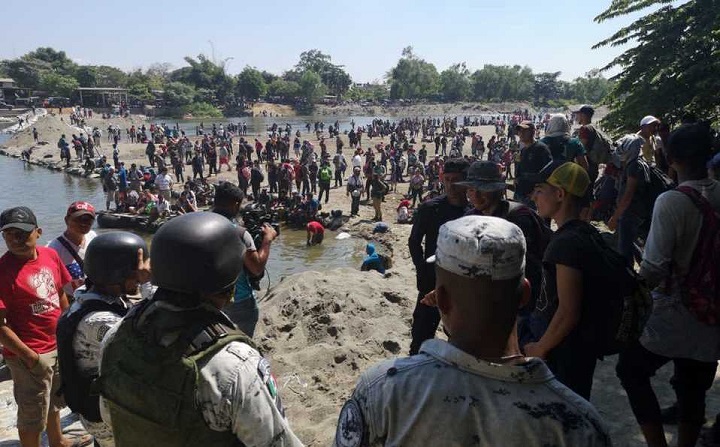 “We, the people of the migrant caravan, are honest and hard-working people, and we have come in a peaceful way to dialogue with the government, to try to reach an agreement where all the members of the caravan, will benefit from being allowed to move freely around Mexican lands, we commit ourselves with you and your government to maintain order and discipline in the places we pass,” the letter says.

The response was received through Carmen Yadira de los Santos Robledo, delegate of the National Institute of Migration in Chiapas, who read the following text to the migrants before they crossed the river:

“In response to the request made to the head of the Federal Executive of the Government of the United Mexican States, and turned over to the National Institute of Migration for its management, I inform you: Foreigners, when entering national territory, must comply with the Migration Law which, it says, must be regulated, safe, and orderly. The legal provisions do not establish a migratory quality of transit, which is why it is not possible to give a positive answer to your request”. (SIC)

It was then that members of the caravan decided to cross the Suchiate River, and the Mexican authorities stopped them. At the end of the day, in a second statement, the National Institute of Migration reported the detention of the 402 migrants who crossed the river, who were taken to the Siglo XXI Migratory Station to analyze their migratory situation and if they did not prove a regulated stay, to deport them to their country of origin.

The agency said that 58 more migrants were detained “on unsafe roads in the jungle area of the region, so elements of the Beta groups of the National Institute of Migration are looking for them”.

The fixed and mobile checkpoints in the border area were also reinforced.