Best Mezcals you must try before the end of the year

Mezcal producers don’t need Cinco de Mayo to celebrate the boom they’ve been enjoying for the past decade. According to the Distilled Spirits Council, sales of Mexico’s other agave-based elixir has grown from less than 50,000 cases in 2009 to more than 350,000 cases last year.

Naturally, that kind of astonishing growth has led to the rise in the quantity of premium mezcals—as well as the quality of the smoky spirits being imported.

But mezcal (unlike tequila) is far less understood in this side of the world. So I reached out to two devotees of the category. First up: Lou Bank, from SACRED Agave—a non-profit organization that helps raise funds for the cultural, recreational, and educational development of rural mezcal-making Mexican communities. Second: Evan Hawkins, the beverage director of Fox Lifestyle Hospitality Group.

But where to begin? It would have to start with the basics—what is mezcal exactly and how does it differ from tequila?

“There is a lot of romanticism about mezcal. And while much of it is made using stone-lined earthen ovens, stone mills pulled by horses, open-air wooden fermenters, and wood-fired copper pot stills, much of it is also made using industrial tools and methods,” Bank says. “In the end, the difference is that tequila can only be made using blue weber agave grown in specific regions of the Mexican states of Jalisco—and other bordering towns including Guanajuato, Michoacán, Nayarit, and Tamaulipas. Mezcal, on the other hand, can be made with any agave grown in the Mexican states of Oaxaca, Durango, Guanajuato, Guerrero, San Luis Potosí, Tamaulipas, Zacatecas, Michoacan, and Puebla. And Like tequila, mezcal is now a product controlled by a denomination of origin. It used to refer to any spirit distilled from fermented agave. Then the Mexican government took control of the name ‘mezcal’ and changed it from a spirits category to a specific expression. So tequila was originally called vino de mezcal de tequila—or the wine of the mezcal from the community of Tequila (in Jalisco).” 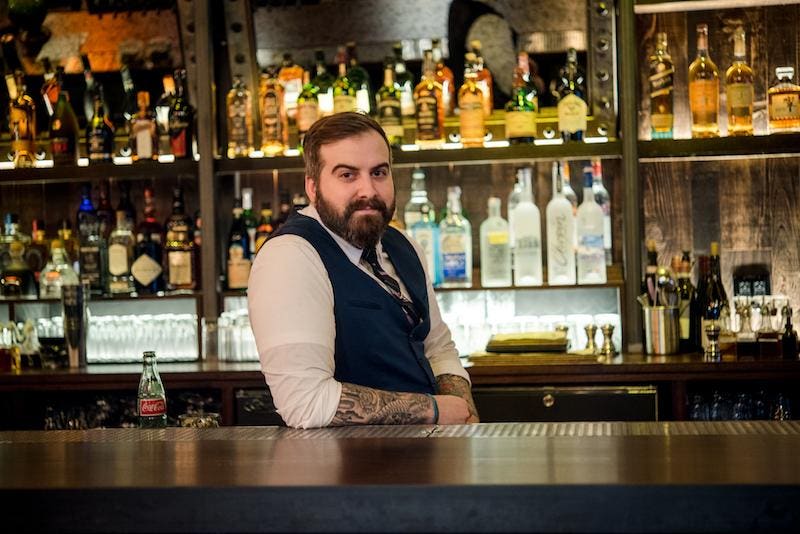 As for mezcals readily available here in the United States, Evan Hawkins has got you covered. The man has been fascinated by the spirit for years—starting around eight or so years ago when it first came to his attention: “I was bartending in Atlanta at the time, when mezcals slowly started to creep into the market. Up until that point I thought it was just that crazy booze from Mexico that could take the rust off your car battery. But you could say it was love at first taste,” Hawkins says. “Mezcal can be sweet, smoky, and earthy all in one—and the depth of flavor was amazing. But what caught my interest was that all of those flavor notes changed significantly based on producers and single-family makers. It’s one of the coolest spirits out there considering both flavor and history.”