“Life has to go on.” AMLO declares the new normality

López Obrador presented the “new normality” in almost all of Mexico and the restart of classes in August and announced the end of the National Day of Healthy Distance.

MEXICO CITY (Times Media Mexico) – President Andrés Manuel López Obrador reports this Friday, May 29, from the National Palace, the entry of the New Normalcy two days before the end of the Distance Health Day to counteract the coronavirus epidemic.

López Obrador lamented the deaths that have occurred over two months of the COVID-19 epidemic in Mexico. He sent his best wishes to the families who have someone hospitalized. 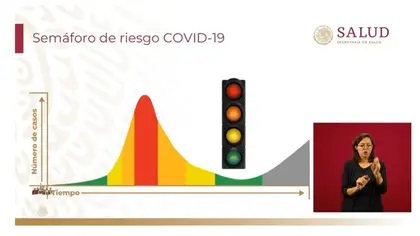 Health Secretary Jorge Alcocer Varela said that despite the new phase that begins on Monday, “la Sana Distancia” must not be canceled. According to the health minister, the reopening of the country will be conducted “by blocks”.

For his part, Undersecretary of Health Hugo Lopez-Gatell was clear that the pandemic is not over and will continue for weeks, even months. “The fundamental idea of the New Normalcy is that we have a gradual, orderly and careful return to activities,” he said. “From March 23 to May 31, the Jornada de Sana Distancia aimed to reduce mobility in public spaces. It is essential to understand why the Sana Distancia worked to enter the New Normalcy,” he added. “We were able to reduce to 81% the maximum number of cases that could have been registered. It is imperative to be clear that the epidemic is not over; it still has several weeks to go, several transmission cycles in different parts of the country. 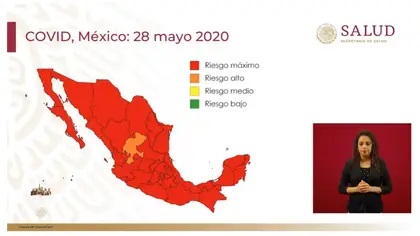 López-Gatell presented the axes in which the New Normalcy will run and the spheres of public life it contemplates. “To achieve an orderly return, we have considered all aspects of public life in a specific way: the economy, public education, and tourism. What the New Normality means, the attitudes we have to have about hygiene are elements that cannot be removed in many years, in years, because they will allow us to live with this new virus in the world. The pandemic will remain a month in the world,” said the doctor.

López-Gatell showed the traffic light and risk map with which Mexico will enter the New Normalcy. Most of the states remain in the red.

Esteban Moctezuma, the secretary of public education, said the tentative date for the return to classes in primary school is August 10. “The grade will be the teacher’s criterion; it is suggested to use the average of the first two quarters. The experienced portfolio of this period can also be used, but only to help the student, never to harm him or her”. 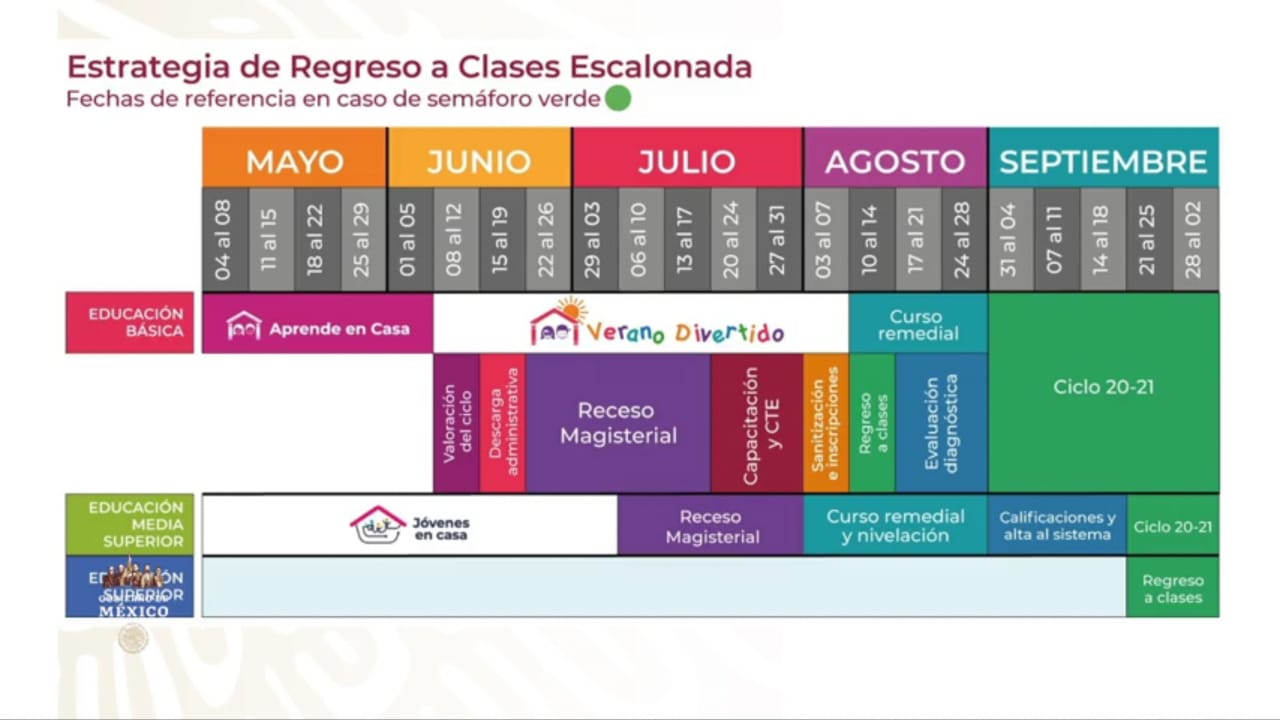 López Obrador ended the conference by reiterating that he will begin his tours immediately. On Monday, he is scheduled to go to Cancun, Quinta Roo, because “life has to go on.”