For Mexicans, May 10th is the day to celebrate mothers, or the “Queens of home” (Las Reinas de la casa), and we usually give them flowers, chocolates, clothes, shoes, purses or any other (useless) gift that is good to express our gratitude and love to these women, who are extremely important in our culture.

According to the site dias-festivos-mexico.com.mx, the origin of Mother’s day goes back to ancient Greece, where Mother’s Day was established in honor of “Rhea“, who was known as “the mother of all Greek gods”.

Along the 19th Century, there were several proposals to have a day to pay tribute to mothers, but it was until 1907 when an American woman, Ana Jarvis met with a group of friends and raised the challenge of working together to establish a date for this celebration.

Since that moment, she began a campaing to get the authorities to comply with her request. Relatives, friends, neighbors and acquaintances participated spreading the idea in their community through flyers and texts published in local newspapers.

A year later, the group achieved its mission and for the first time on May 10, 1908, an unofficial ceremony was held to commemorate the mothers in a Methodist church in Grafton, Virginia, United States of America, where around 400 mothers attended with their families.

However, the authorities did not show enough enthusiasm for Mother’s Day to become an official celebration, until 1914, when President Woodrow Wilson formally decreed that celebration in the United States on the second Sunday of the month of May.

The beginning of Mexican Mother’s Day dates back to April 13, 1922, the day on which the journalist and founder of the newspaper Excelsior, Rafael Alducin (1889-1924), launched a nationwide invitation to choose a special date to pay homage, affection and respect to Mexican mothers.

According to the Spanish newspaper El País, the response of Mexican society and the media was favorable, which led to Mexico’s May 10, 1922 to become the first official Mother’s Day, turning our country in the first nation in Latin America to pay that highly deserved recognition to the mothers.

Regarding the chosen date, information from the National Council for Culture and the Arts of Mexico (Conaculta) indicates that May was selected for this celebration, since that is the month dedicated to the Virgin Mary, while on the 10th it was chosen because the tenth used to be “pay day” back then in Mexico.

However, other sources place the first Mexican Mother´s Day in Oaxaca in 1913, when the wife of a Methodist deacon found a magazine where the celebration was discussed in the U.S., and decided to bring up the idea in Mexican territory.

It is worth mentioning that the celebration usually includes a family reunion in which they eat delicious traditional dishes to the sound of Mexican music, and the whole family expresses affection, love and gratitude for their mothers and grandmothers.

In Mexico, the celebration was adopted from the U.S around 96 years ago. And it has become a huge tradition that involves a family meal featuring delicious Mexican gastronomic delicacies such as mole, pozole, enchiladas, cochinita (in Yucatan), sopes, quesadillas, etc. The problem is that, in many cases it is the mother who ends up cooking for a whole batallion, and that is not precisely the best way to celebrate and enjoy a day that is supposed to be dedicated to her.

That is why many people have opted to take Mom to a restaurant, and that has resulted in a significant economic spill for that industry nationwide on this date.

Children all over Mexico are also admonished by their school teachers to express that great affection they have towards their mothers, so they show their best dancing steps at school festivals or hand make different crafts, with which they seek to say: “I love you Mom“(Te amo mamá). 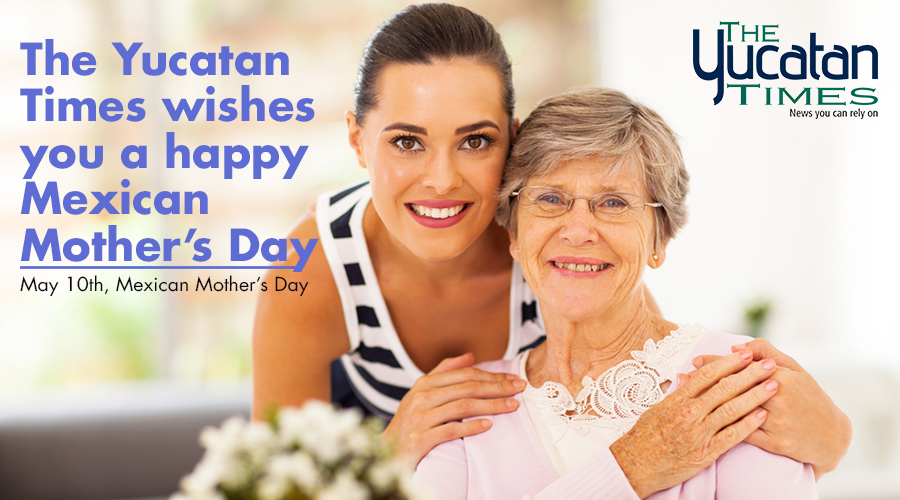