YUCATAN México. – Two magistrates of the “Collegiate Tribunal on Labor and Administrative Matters” rejected the draft sentence confirming the denial of protection to an indigenous group of Homun, which impedes the operation of the pig farm “Papo”, a decision that slows investment and employment generation in the central area of the State.

The resolution was by majority, since the magistrate Paulino López Millán maintained his position of confirming the denial of protection, while the magistrates Julia Ramírez Alvarado (president) and Raquel Flores García chose to reject the proposal and ordered the reinstatement of the procedure.

The magistrates considered that the Second District Court should carry out a series of tests to determine the impact on the Mayan community of Homun, to know if the majority works in the exploitation of the cenotes through ecotourism, and if the farm in question would cause irreversible environmental damage, also had to prove why in the report of the Secretariat of Urban Development and Environment (SEDUMA) there is a name crossed out and only appears that of an expert, who is an odontologist.

Magistrate Paulino López Millán opposed this new proposal, but it was approved by a majority.

In this way, the two magistrates of this collegiate court stopped the operation of Porcine Food Production (Papo farm) and with it the investment and generation of jobs in that area of the State. 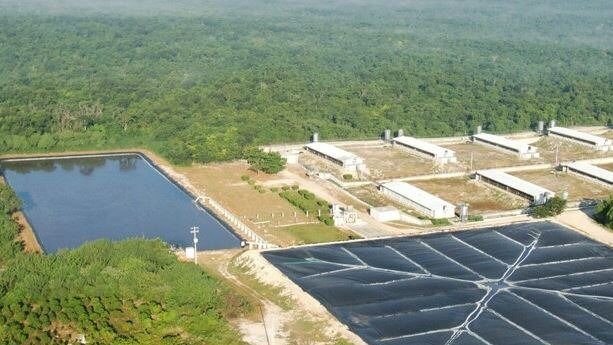 The resolution was as follows:
The denial of protection issued by the Second District Court is revoked and the procedure is reinstated so that later, with the tests carried out, a new resolution is issued on this case of environmental impact.

The magistrates changed the order of the day, because first the cases presented by Flores García would be analyzed, then those of President Ramírez Alvarado and finally those of López Millán.

However, given the expectation generated by the case of Homún’s “Papo” farm, and because the complainants had been waiting for several hours and outside the federal precinct a demonstration was being held, it was decided that the cases of Magistrate López Millán would be taken first.

Magistrate Paulino López Millán cast his private vote, as he was against the new proposal presented by the other two members of the collegiate tribunal, which was the reiteration of his position of denial of protection, in which the draft sentence states that no environmental affectation was found to prohibit its operation.

Lopez Millan mentioned that the grievances presented by the group of nonconformists are inoperative, unfounded and unattainable, which is why it confirms the resolution of the Second District Court in which the protection of federal justice was denied because it did not find negative environmental damage by the operation of the farm.

Judge López Millán’s draft sentence indicates that the analysis of the act claimed, shows that the authority indicated as responsible (SEDUMA) acted with the precaution required by Principle 15 of the “Declaration on the Environment and Development of the United Nations Conference”.

In the initial authorization of environmental impact that was granted to the pig farm, the judge gave account of 54 additional measures that he imposed to the interested party to mitigate or compensate the environmental impacts that could be negative in their activity.

The ruling indicates that the interest party could not prove any negative impacts on flora, fauna and water in the area where the pig farm is located, as presumed by the complainants in their request for protection.