EDITORIAL: Top 5 reasons Merida is a great place to pursue a college education

For many people, Merida is the ideal place for college education. Known as the most safe city in the country, Merida is a haven for tourists from all over the world that come to vacation.

In addition,”the White City” has a lot to offer to all young people who seek an education of excellence and good quality of life. For that and much more, I give you the 5 reasons why I decided that Merida would be the city where I would get my college diploma and live the best years of my life:

There is a well-known saying among Mexicans that goes: “When the world comes to an end, I’ll head to Merida.” And reality is that – fortunately – the problem of insecurity in Mexico somehow has not reached this part of the peninsula.

And if you ask any “non-Yucatecan” student why he decided to study in Merida, the first answer they give seems to be always the same: “things got pretty ugly in my hometown” … and it’s sad but true! Those who seek a better quality of life, move to Merida, the undisputed safest city in Mexico and where it’s still OK to walk the streets day or night.

Due to the security of its subdivisions and neighborhoods, you do not have to worry about walking alone or leaving the university campus or entertainment centers at late hours, because besides being traditionally a very quiet place, there is a valuable characteristic of Merida’s residents: they are always on the lookout for each other.

One of the main concerns of a foreign (or “non-Yucatecan”) college student is transportation. In the capital of Yucatan, it is not absolutely necessary to own car to get around, since the local means of transport are safe and efficient. Bus routes go around the city, and innovative location-based apps (such as UBER) offer different methods of cheap and safe transportation, for both local and nationals.

In fact, most of the local universities in Merida have a private bus service that runs through key points of the city, with stops in the main neighborhoods and subdivisions, facilitating students’ mobilization.

Finally, it is interesting to note that in most of the universities and schools in Southeast Mexico, “non-Yucatecan” scholars can count on their classmates to give them a ride back and forth to their dorm or apartment, something that has going on traditionally for decades in this town.

With more than 119 higher education institutions, Mérida has the best educational offer in all Southeast Mexico, and it is home to some of the most outstanding universities in the country, both public and private with extraordinarily high levels of education.

College education in Merida also tends to be specialized, because there are certain careers that you probably would not find in other venues. Merida is a city that features research, innovation, business incubators and specialization facilities, as well as ports, logistics platforms, hospitals and distribution centers, with academic experience in various areas, Merida graduates are highly demanded by employers.

Merida, as a city in full demographic and economic growth, has more than one purpose to be fulfilled. Numerous real estate, commercial, corporative and tourism projects are currently under development, bringing employment and prosperity to the city. In addition, Merida’s International Airport Manuel Crescencio Rejón has more and more national and global connectivity, turning the city into a world-class travel destination.

There is great support for young entrepreneurs in the state and many companies for graduates to start a professional career, so getting a job is not a concern, many of those who come to study from other states, end up staying here after finishing college. And the reason is that people can have the same benefits as in big cities, only with more peace of mind, less traffic, less crime and great labor opportunities.

The Yucatecan capital invites anyone who visits it to enjoy its vast cultural and sports offers, recently named Culture Capital of the Americas for second time.

Among a great variety of attractions and events, the visitor can attend concerts, recitals, the Symphony Orchestra, alternative and international theater, regional comedy and a good number of art galleries. And for sports lovers, there is professional baseball and soccer, high-level boxing, basketball, swimming, tennis and practically any popular sport in the country.

Mérida has recently transformed into a cultural hub, and just as an example of its art and culture offer, in less than a month it featured the International Festival of Light (Festival de Luz: FILUX) and the International Reading Fair Yucatan (Feria Internacional de Lectura en Yucatan: FILEY), admission-free events for all art lovers in the state of Yucatan. 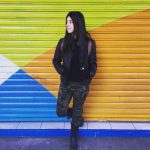 Guille worked as a junior editor and translator for The Yucatan Times in 2015.