LAREDO, Texas — Donald Trump’s only visit to the U.S.-Mexico border while running for president was a stop in Laredo that lasted less than three hours. On some days, that’s not long enough for 18-wheelers hauling foreign-made dishwashers and car batteries to lurch through the gridlocked crossing.

Trump’s campaign promise to tear apart the North American Free Trade Agreement (NAFTA) helped win over Rust Belt voters who felt left behind by globalization. But the idea is unnerving to many people in border cities such as Laredo and El Paso or Nogales in Arizona, which have boomed under the 1994 treaty.

“We are NAFTA on wheels,” Mayor Pete Saenz said. 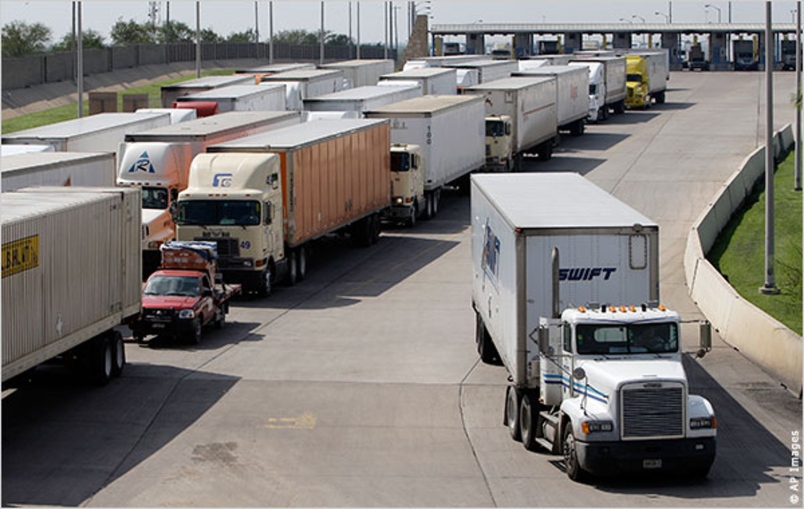 Free trade across the border, he explained, is the “backbone” of this city of 255,000 people. The Democrat endured a backlash from his party for welcoming Trump in July 2015 after the then-candidate called immigrants from Mexico criminals and rapists.

Trump described NAFTA as “the worst single trade deal ever approved in this country.” That kind of talk resonated in hard-hit industrial towns such as Greenville, Michigan, where Electrolux shut down a factory a decade ago and moved jobs to the Mexican border city of Ciudad Juárez.

During his transition to the White House, the president-elect has not discussed NAFTA at all. The agreement went unmentioned in a video Trump released last month laying out the priorities for his first 100 days in office.

Saenz, the telegenic son of a dairy farmer, talks about the possible repeal of NAFTA like a small-town Midwest mayor trying to keep a factory from moving away. He foresees unemployment spiking to double digits, abandoned warehouses and crippled city finances. Laredo keeps the toll revenue from international bridge traffic, which last year amounted to about $60 million, enough, according to Saenz, to cover police and fire department payrolls.

His grim predictions are not widely shared. Even customs brokers in Laredo who have cashed in on NAFTA believe they will survive and trade will continue if the agreement is abandoned.

But for now, there’s still no better place in the U.S. to get a glimpse of the trade treaty than the Rio Grande city.