It’s been 46 years since Germán Valdés passed away, better known as “Tin Tan,” a Mexican actor, composer, singer, and comedian born in Ciudad Juárez, Chihuahua, who starred movies such as “El rey del barrio” (The King of the Neighborhood),  “El revoltoso” (The Troublemaker) or “Refifí entre las Mujeres” (Refifí among women), just to name a few of the more than 100 motion pictures in which he participated.

The Mexican celebrity was mostly happy and relaxed at the end of his life, with little complications. He died without knowing he had pancreatic cancer and that doctors had already given up on him.

He passed away at 8:50 am on June 29, 1973, 18 days after being admitted to the Mational Association of Actors (Asociación Nacional de Actores: ANDA) clinic. 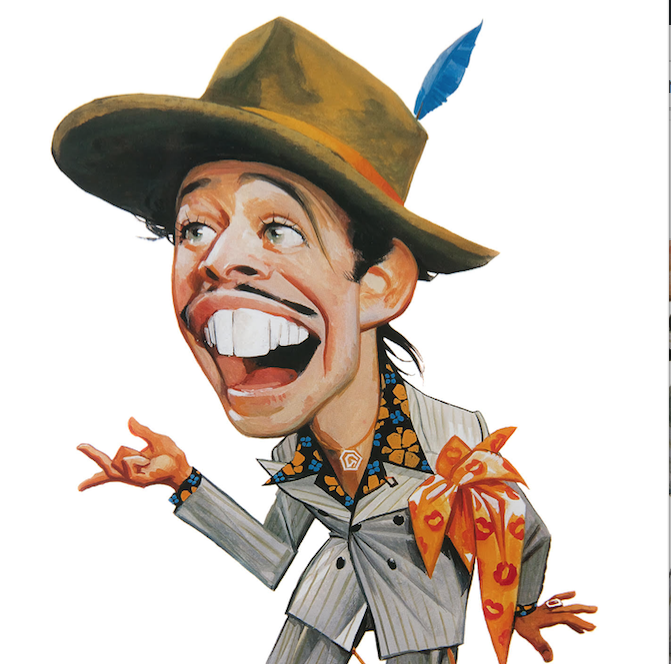 In an interview made in 1972, Germán Valdés said that he was happy with his wife, Rosalía, and the two sons that they’d had together. “We have been very happy because we don’t worry about anything. The money we get is the money we spend. Whenever we run out, we just start working harder,” he expressed back then.

Germán Valdés and Rosalía Julián met in 1953, while filming the parody film “La marca del Zorrillo,” (The Mark of the Skunk), inspired by the movie “El Zorro.” When they married, Rosalía decided to retire from the stage, but the death of Marcelo Chávez led her to act again along with “Tin Tan.”

Six years after the passing of Germán Valdés, Rosalía talked about her life alongside the Mexican comedian and recalled how they had fallen in love: “It all started when we went to sign a contract to act at the Follies theater, and he was just visiting. He said “You’re growing into a fine young lady, Miss Julián!” And that was his first flirtatious remark to me. Ever since, I was madly in love with the man, who I deeply admired as an artist,” she stated.

Germán Valdés used to shoot around 10 films every year and his moment of greatest glory was between 1946 and 1956. He was born on September 19, 1915, and dropped out of school when he was in third grade of junior high in Ciudad Juárez. He worked at the XEJ radio station for 10 years performing as a singer, telling jokes, and doing all sorts of things to entertain audiences.

He made his debut in the 1930s at the Iris Theater in Mexico City. Originally, he acted alongside Mario Moreno, also known as “Cantinflas.”

His epitaph reads: “With all our gratitude, to a good son, an exceptional brother, magnificent husband, good father, and loving grandfather. You will never be forgotten!”

Many Mexican Movie lovers have called Tin Tan, the Mexican Jerry Lewis, in the same way they have sometimes called Pedro Infante the Mexican Frank Sinatra (although these comparisons are simply personal interpretations of certain people, and not necessarily adhere 100% to reality).

The Yucatan Times Newsroom with information from: El Universal