Mexico’s celebration of the absurd

Every 18th of March, Lázaro Cárdenas and his “oil expropriation” are celebrated in Mexico… Now, is there really something to celebrate?

Lázaro Cárdenas del Río, was born in Jiquilpan, Michoacán, México; on May 21, 1895 and died in CDMX, on October 19, 1970. He was a general of the Mexican army who became president of Mexico from December 1, 1934 to November 30, 1940. He is remembered for the notorious agrarian reform and the creation of the “ejidos” in the Mexican agricultural sector; for the nationalization of the oil industry, for having provided political asylum to Spanish exiles during the Spanish civil war, as well as for having consolidated the bases of the functioning of the National Revolutionary Party and its evolutionary process, through the incorporation of the big workers’ centers, towards the Party of the Mexican Revolution, antecedents of the Institutional Revolutionary Party (PRI). 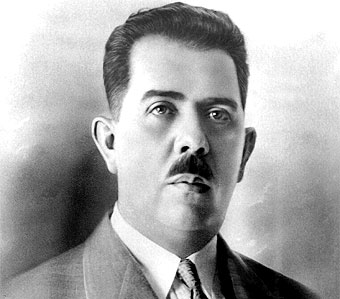 Cárdenas was an idealist who built and inherited an intolerant and intransigent dictatorial presidential system. To this end, he created clientelist voting systems such as the workers’ movement by founding the Confederation of Workers of Mexico (CTM) as well as the CNC or National Farmer Confederation, grouped the workers at the service of the State, the bureaucrats, through the Federation of Unions of Workers at the Service of the State (FSTSE) the laborers through the Mexican Regional Workers Confederation (CROM) created by Plutarco Elías Calles. Not forgetting, of course, that he also created the fearsome SNTE, the teachers’ union, to submit them to his political designs and help camouflage a non-existent democracy of high political cost.

The reality is that Lázaro Cárdenas put an end to union democracy, not to mention that he put an end to the division of federal powers.

Something very similar to what is currently happening with López Obrador, he dominated the Congress and the Chamber of Senators, as well as did everything to exercise full power in the sentences in the Supreme Court of Justice. During his presidency, the press was censored, but thanks to the absolute power of the PRI for more than 70 years, he was passed down in history as the “savior,” a kind of protective father who would always watch over the helpless, the poor, precisely those whom he sank with his clumsiness and fanaticism.

In his nationalist frenzy, Cárdenas nationalized the railroads and handed over his administration to the workers. What remains of the railroads today? Nothing! Cárdenas nationalized oil. What remains of Pemex today? A large bankrupt company that imports 70% of crude oil and the same amount of gas, despite having an energy monopoly. For generations Pemex has been the booty of its union leaders, who have lived in total impunity thanks to the PRI, it has been the treasure chest for ignorant and inefficient politicians, the personal cash cow of several former presidents. PEMEX has been the greatest source of political rot in Mexico’s modern history.

Cárdenas, the “great hero” of Mexican peasants, expropriated more than 20 million hectares and distributed them among those who did not have the capital to work them and even less administrative knowledge, which turned him into a great distributor of misery and Mexican agriculture into a failure of unproductiveness. 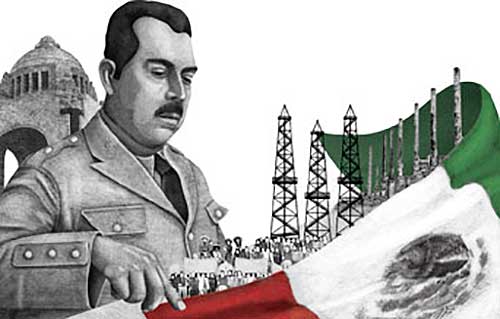 The massive expropriation of land left the Mexican farmer broke and buried in misery.  An immense majority of farmworkers fled from the countryside to the big cities, where they were employed in what they could, others by hunger, were forced to flee the country. From 1940 to 1964, Mexico gave the United States almost 10 million “braceros” creating one of the most profitable and advanced agricultural systems on the planet, instead of turning our country into an agricultural paradise.

Cárdenas created the Federal Electricity Commission (CFE), another bankrupt Mexican public company, which in the first semester of 2018 threw losses of more than 70 billion pesos (give or take $3,500,000,000.00 USD) without including in this monstrous figure of red numbers, 49 billion (almost 2,500,000,000 USD) that López Obrador insists to condone only to his countrymen in the state of Tabasco, an injustice, an inequitable populist decision.

Yours truly who writes here; ROUNDLY REFUSES the tributes that take place three times a year: on May 21 to celebrate the birth of Cárdenas, on March 18 to honor the “heroic deed” of the oil expropriation and on October 19, the mournful anniversary of Cárdenas, the “Father of the Perfect Dictatorship,” the destroyer of Mexican democracy that left a balance of more than 50 million Mexicans buried in poverty.

Cárdenas and his family successors ended up being amongst the richest families in Mexico. His son was governor of Michoacán and his grandson also, owners of large estates. So… was he really a great president? Categorically not. He was not. He was the man who put an end to the best of Mexico. The man who destroyed democracy and the economy. He was no hero who fought evil because it was he who led it. He was the president of Mexico who irreversibly violated those whom, according to him, he was trying to protect. A tyrant, a nationalist at a respite from being a communist.

Cárdenas, the surname that has caused the most damage to one of the richest and most promising states in the country, has been perpetuated for almost a century, for the misfortune of our compatriots in Michoacán.

Whomever does not see this, is because he/she does not know enough history, or even worse, because the memory of Mexicans is short.

Mexico, the country that had to wait 40 years to begin exporting crude oil, and today imports most of its gasoline and gas, in addition to innumerable petrochemical derivatives that demonstrates the catastrophic consequences of having bureaucratized energy.

What good has come out Mexico’s “Agrarian Reform” with the expropriation of more than 20 million hectares? Not much really… Yes, it is undeniable that in fact there were large estates and millions of peasants were not owners of even a minimum space, but the land was productive. Its expropriation and handed over to those who could not work it failed. Today the Mexican peasants are still practically in the same conditions as then, even worse. Idle land, illiterate men and women, equally marginalized, cannon fodder used in the war of the vote and the manipulation of political acts.

What good did the expropriation of the railroads do to Mexico? Once again, not much… There is absolutely nothing positive to say about a broken and inoperative transportation system. We are far from a railway system like that of France or Japan or Germany that moves billions of people and hundreds of thousands of tons of cargo.

Worst of all, Cardenas wasn´t the sole architect of this disaster, also those who followed him through the years and who never did anything to reverse his irresponsible decisions, and that way, more than 70 years of a corrupt and devastating “Priism” passed.

Lázaro Cárdenas del Río was the great destroyer of the Mexican economy of the twentieth century, the author of the disasters that we have not yet been able to reverse, starting with the myth about his person. As long as we maintain these falsehoods in our history, Mexico will continue to be the country where everything occurs, but nothing ever happens. The country of the irreversible.