Today, September 16, the traditional military parade takes place in Mexico City, on the occasion of the Anniversary of the Mexican Independence, which this time celebrates 208 years.

As in previous years, the event began at 11:00 a.m., when President Enrique Peña Nieto came out of the National Palace located on the Plaza de la Constitución (Zócalo) to review the troops stationed.

The Secretariat of National Defense (Sedena) said that more than 160 aircraft, 90 fixed-wing aircraft, 48 helicopters and a FAM ambulance are participating as well. Meanwhile, the Navy of Mexico sent 12 planes and 11 helicopters to be part of the Military Parade. 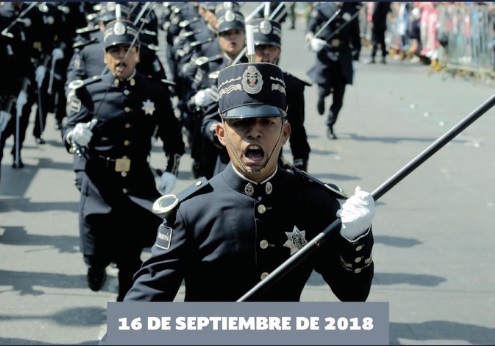