In a terrible act of vandalism, unidentified people cut down a number of trees on Avenida Líbano, right across the street from Golden Casino, Colonia Mexico Norte, during the early hours of Wednesday July 26.

A group of environmental inspectors of the City of Mérida are currently conducting the corresponding investigations to estimate the damages caused to the city’s environment. 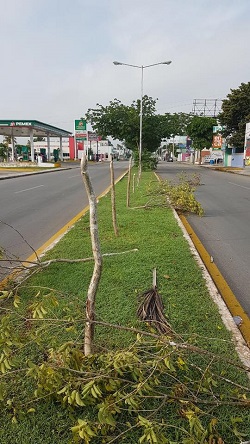 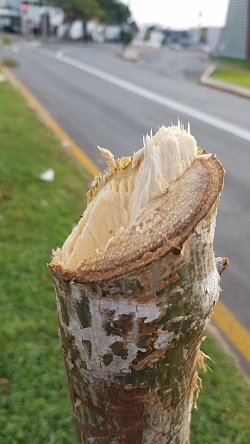 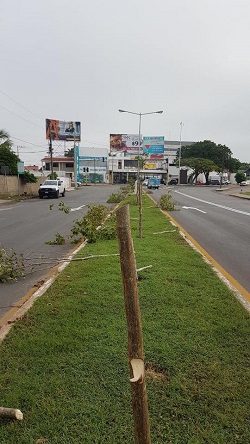 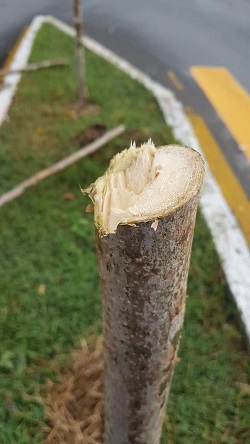 “I feel great indignation and sadness to see the damage caused to these trees on Avenida Líbano. Whoever commited this act of vandalism, is attacking the city’s patrimony and heritage of all Meridians.

“We are already working on a solution and we will do everything possible to find those responsible. I invite all the citizens of Mérida to take care of our trees, parks, streets and denounce any action against the integrity of our city.” 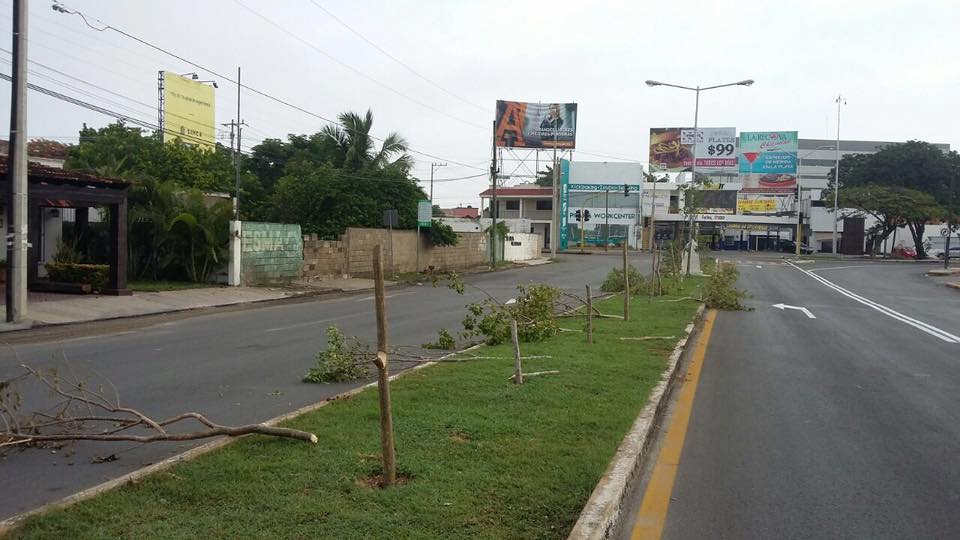 These reprehensible actions provoked all kinds of negative comments in social networks, where it is speculated that the reasons why this crime was committed could go from political issues, to a version indicating that the trees were cut so they don’t obstruct the billboards placed along this avenue.