According to thenews.mx Foreign Affairs Secretary Luis Videgaray had a phone conversation with U.S. Secretary of State Rex Tillerson in which they asserted that they hoped to work together in a constructive manner.

Videgaray congratulated Tillerson on his recent Senate confirmation as Secretary of State.

According to a statement from the Foreign Affairs Secretariat (SRE), “the secretaries underscored the importance of the relationship between the two countries and expressed their interest in working together, in a constructive manner, in order to strengthen the bilateral relationship.”

Videgaray traveled to New York City on Thursday. He will meet with United Nations (UN) Secretary General António Guterres and members of the Society of the Americas and the Council of the Americas (AS/COA).

According to a statement, officials agreed to hold a meeting in the near future to speak about issues concerning both countries. 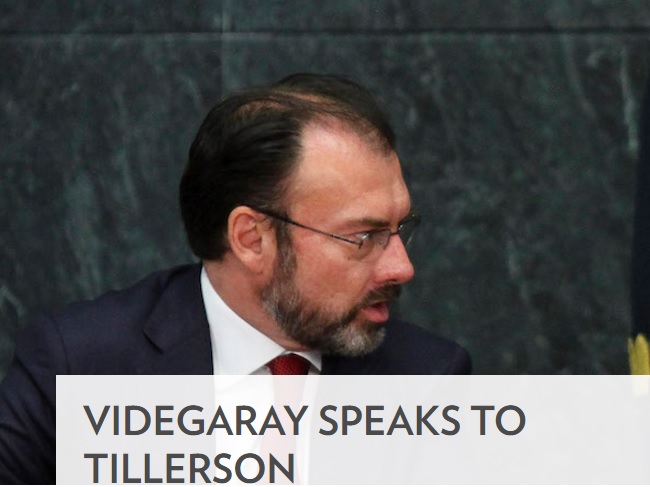