José Luis R. J., state police assigned to the Center for Social Reintegration (Cereso) in Cancun  Quintana Roo, was murdered in front of his son, on Monday May 6 at seven in the morning, in Cancun’s Fraccionamiento Prado Norte.

According to the police report, the officer was just about to leave his son at school, when a car stopped beside his motorcycle in Region 260, block 9, lot 3, near Chetumal Avenue, and he was shot several times in the chest at point blank range by unidentified men. 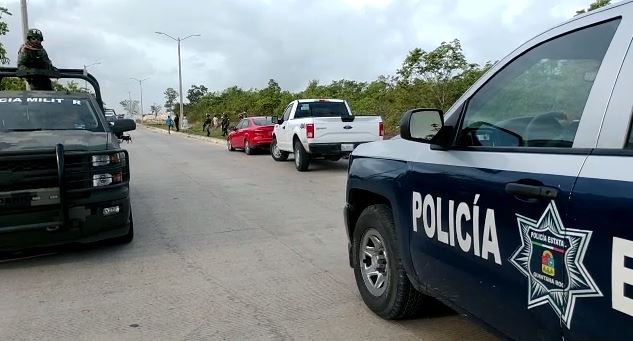 Armed men ambushed the officer who was riding with his son on the red Italika motorcycle, with VFL5C license plates from Quintana Roo.

The motorcycle ended up on the side of the victim’s body, and paramedics of the Red Cross took the child, who was also shot in the arm, to the nearest hospital.

No arrests have been made so far in relation to this homicide.