Octopus fishing season could leave 2.4 billion pesos to the state of Yucatan

“The octopus catching season is just about to begin, and thousands of fishermen from Yucatan will focus on the mollusk as the other fisheries have not been good enough this year,” declared José Luis Carrillo Galaz, president of the Federation of Cooperative Societies of the Central West of the State of Yucatan (Federación de Sociedad Cooperativas del Centro Poniente del Estado de Yucatán).

Before the end of the ban on this product of the sea, the fishing leader said that during this season, around 25,500 tonnes of octopus are expected to be caught off the coasts of Yucatan.

However, he said that what fishermen fear is that the size of the species is smaller due to the poaching that has been taking place lately, so their projection is between 21 and 22,000 tons of the product, which according to them, would be quite acceptable. They ruled out exceeding the mollusc catch volume of 24,500 tons, reached two years ago. 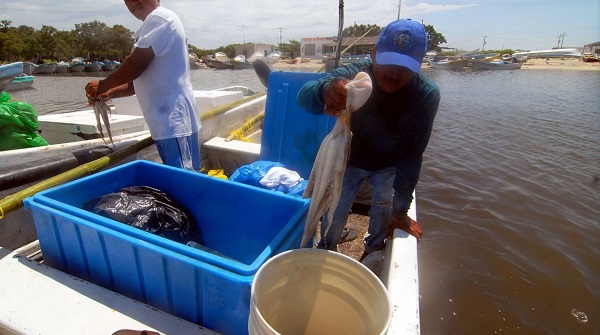 Carrillo Galaz said that some 15,000 fishermen will go out to sea to start fishing, which will be reflected with an estimated economic spill of 2.4 billion pesos. (Photo: La Jornada Maya)

It is noteworthy that these first months will be key to see if it will be possible to reach the expected goals, because the octopus season goes from August 1 to December 15, and according to the fishermen leader, it will be in mid-November when fishing can be affected by the weather.

70% of the total catch goes to European markets, while the remaining 30% goes to the national market.