By Yucatan Times on May 23, 2019
In a portrait taken in 1940, Frida Kahlo leans casually on a stone sculpture surrounded by lush greenery. She wears a crown of deep-pink bougainvillea blossoms—just one of countless plants that filled her abundant garden at Casa Azul, the painter’s longtime home.
Today, 80 years later, Kahlo’s home and gardens remain open as a museum. The bougainvillea still stand tall, too, their thorny vines winding around the paths and flower beds that Kahlo traversed during her life. The painter spent countless hours in her garden, a source of respite and artistic inspiration.
For Humberto Spíndola, Casa Azul’s head gardener, maintaining the plants that Kahlo and her husband,
Diego Rivera, nurtured during their lives is essential to preserving their legacy. “Not only do the garden and its plants show up in [Kahlo’s] paintings and photographs taken of her, but she also adorned herself with them,” he explained. “We are trying to cultivate as many plants that played a role in her life and art as we can.” 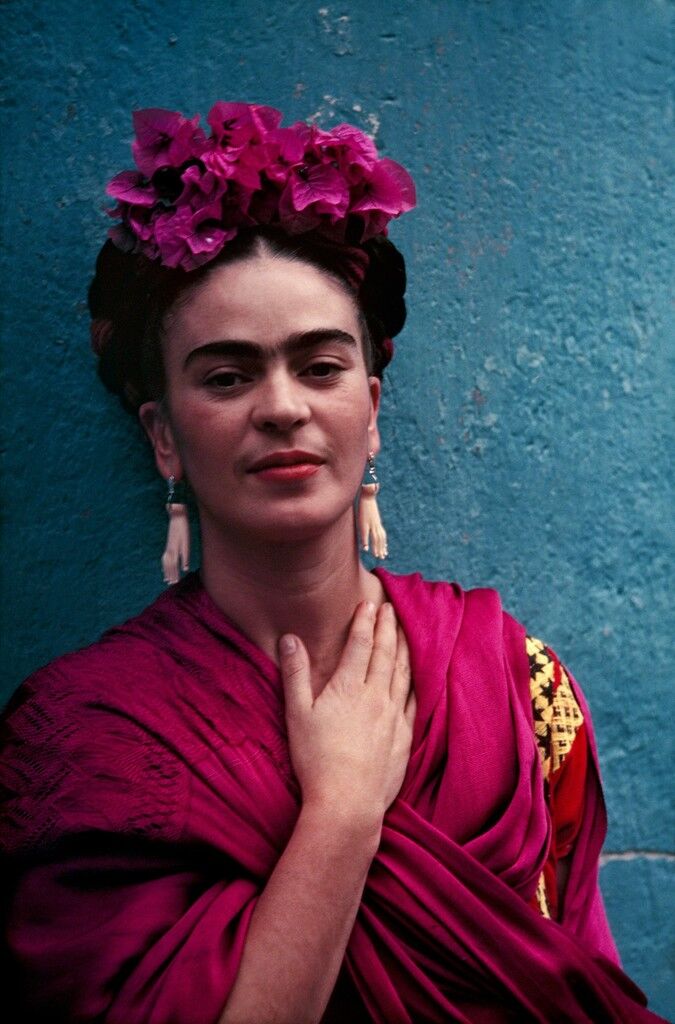 Figurine in Frida Kahlo’s garden. Courtesy of Museo Frida Kahlo.
Kahlo and Rivera assumed ownership of Casa Azul and its grounds in 1929, when Kahlo’s father transferred the home (where Kahlo was born and raised) to the young couple. They immediately began refashioning the property’s indoor and outdoor spaces to embody their interest in indigenous Mexican art, architecture, and plant life. During Kahlo’s youth, the home had reflected European tastes: architectural details were
Neoclassical

; the layout of the house (around a central courtyard) drew from Spanish-Moorish precedents; and the garden teemed with manicured, imported plants like roses and palms.

Influenced by the Mexican Revolution of the 1920s and ’30s, Kahlo and Rivera believed that colonial authority should be overthrown in favor of a populist government and a celebration of indigenous Mexican culture. This was reflected at Casa Azul, where they stripped the buildings of European decoration and replaced many non-native plants with a range of Mexico’s tropical and desert varietals, including cacti, yucca, and canna-lily. Rivera also scattered his ever-growing collection of pre-Hispanic sculptures amongst the greenery. “Their whole life revolved around the idea of Mexico,” said Spíndola. “The cultural, biological, and botanical world of Mexico.”
Photographs taken of Kahlo in the 1930s and ’40s, by her lover Nickolas Muray, show her at ease in Casa Azul’s gardens, where she also tended to a menagerie of animals native to her home country. On a given day, the artist’s pet monkeys (Fulang Chang and Caimito del Guayabal), deer (Granizo), eagle (Gertrudis Caca Blanca), parrots, turkeys, and a pack of dogs cavorted amongst the succulents and pomegranate trees. Casa Azul garden. Courtesy of Museo Frida Kahlo.
In a charming sketch of Casa Azul’s grounds from around 1940, Kahlo depicted the property as a joyous domestic oasis of animals, plants, people, furniture, and art studios. Indeed, Casa Azul was Kahlo’s place of refuge. In 1939, the same year of her temporary divorce from Rivera, she moved there full-time. It would be her primary residence for the rest of her life, as she increasingly suffered from illness. The meandering pathways of the garden, which still exist today, were designed specifically so that she could traverse them in a wheelchair.
The influence of Kahlo’s garden, and her passion for flora and fauna, emerged inside Casa Azul, as well. As Spíndola explained, its library contained books on botany, and Kahlo pressed flowers within the pages of some volumes. (After the artist died in 1954, a tiny bouquet was discovered in her beloved copy of Walt Whitman’s Leaves of Grass.)
In her studio, she painted turgid fruits, bristling flowers, exploding seed pods, and wide, chartreuse leaves across both still lifes and self-portraits.
CLICK HERE FOR FULL ARTICLE ON ARTSY.NET