21 million passengers have passed through the Cancun Airport this year

On Monday, December 26th 2016, passenger number 21 million of the year will pass through the International Airport of Cancun (AIC). This would be the second record achieved during the last 12 months.

According to the AIC press unit, the event will occur two days ahead of schedule.

On Friday, 16 December, María Graciela González Guillen was recognized as the 20 million passenger in transit through this airport during 2016. 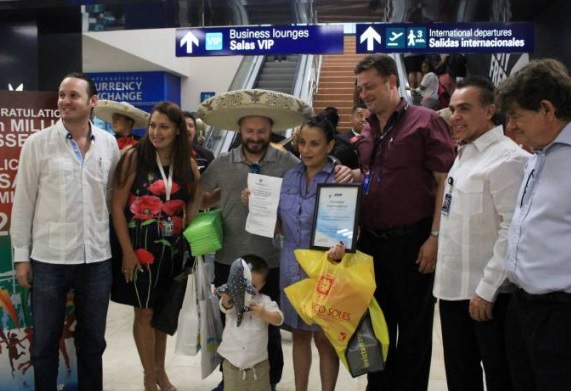 According to projections, it was expected that on the 28th of this month the number of passengers would reach 21 million, a figure that marks a 116% growth in the last 10 years; taking into consideration that 9,728,149 passengers went through this airport back in 2006, and by this year end is estimated to be just over 21 million.

María Graciela González Guillen was recognized as the 20 million passenger, and she was granted a round trip ticket for two, anywhere she wants, leaving out of Cancun, open for six months.