On Saturday, March 3, with the moon just past its full phase, the ninth edition of the Full Moon Jazz Festival will be held. The event seeks to gather 650 people and will take place at Villas Wayak, on kilometer 25.5 of the Progreso-Telchac Puerto highway.

The party will take place at the beach from 3 to 9 pm, with the rhythm of the Mérida Big Band, Gina Osorno and The Dreamers, and Mr. Mandrill.

Along with the music, the audience will enjoy delicious entrees and “Antojitos”, from Arab tacos, to vegan food, hamburgers and hot dogs, cheese platters, hams, brownies, coffee. There will also be a bar.

The Full Moon Jazz Festival‘s objective, in addition to being a space for music and recreation, is to raise funds for the Telchac Education association, which supports the education of children and young people from Telchac Puerto and neighboring communities.

“It will be a fun and magical party, from the first moment people start to move on the dance floor; there is a lot of energy in this event,” says Judy Abbott de Mier y Terán, director of Telchac Education, in an interview at the Centro Megamedia to promote the festival.

Accompanied by Valentina Miguel Juanes de Ongay and Andrea Mier y Terán Abbott de Aspar, Judy indicates that the goal is to find 21 sponsors for an equal number of students.

“With an annual payment of between $2,600 and $4,000 Mexican pesos, the student receives the tools for the school year. These tools include uniforms, shoes, backpack, school supplies, a sweatshirt and a book for Christmas,” she explains.

Pre-sale tickets cost $300 and can be purchased in Merida at Hennessy’s Irish Pub, Buenavista Inmobiliario, Salón Kate Misiak and Quality Dental; in Progreso at The Milk Bar and Yucatan Vacation, and at Telchac Puerto at the PauMar stationery store. The day of the event, they will be sold at the door of Villas Wayak for $350.

For those who do not want to drive to Villas Wayak, transportation will be available in both Merida and Progreso. From Merida, the cost of the round ticket is $130 pesos, and from Progreso it will be $100. It is important to make a reservation. Click here for tickets and reservations. 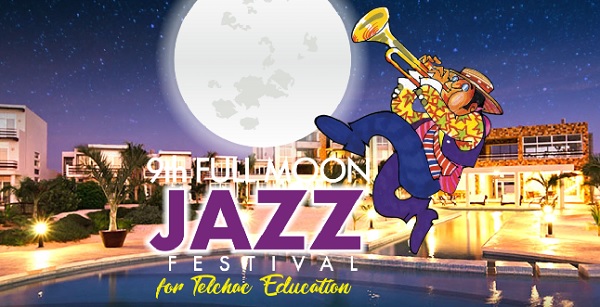 The festival was born from an idea of ​​Emilio Correa Arco and Israel Correa Peniche, developers of Villas Wayak, aiming to help students from nearby communities.

Until now, according to the organizers, most of the attendees are from foreign countries. “There is a diversity of cultures currently coexisting in Yucatan,” says Valentina.

On the other hand, Andrea Mier y Terán says that the Full Moon Jazz Festival is the most anticipated event of the foreign community based in Yucatan during the winter season. “Everything is combined, the sea, the stage, the band. Everything comes together to make a magical night, year after year. ”