500 thousand dogs and cats are abandoned every year in Mexico.

MEXICO.- Approximately 500,000 dogs and cats are abandoned EVERY YEAR in Mexico.

A part of them are acquired as Christmas gifts, “Reyes Magos” and Valentine’s Day, but months later, the owners lose interest in them and discard them”. Explained Emmanuel Pedraza, general director of the civil association “Defensoría Animal” in an interview with Mexico City based Excelsior newspaper. “The abandonment is very noticeable in the months after the festivities. From March until July when the puppies begin to grow”.

In Mexico there is no census on pets or domestic animals. However, the Mexican Association of Veterinarians Specialists in Small Species (AMMVEPE) estimates that there are around 28 million domestic animals out of which 70% are on the street, a figure that grows 20% annually. 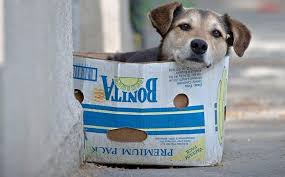 This amount was announced in August 2016 at the Mexican Congress in order to advise state governments to carry out canine and feline sterilization and adoption campaigns for animals in street situation.

In the opinion of Emmanuel Pedraza, of “Animal Defender” who has worked in animal defense, education and legislation, the biggest problem comes from the “backyard breeders” that cause the following problems:

Many people go out in search of a “low price” and that is why about 80% of the animals are bought on public roads, without realizing that they are buying problems.

“According to figures obtained by the association, people abandon their pets because they do not know how to educate them and the behavior of the animals becomes undesirable, also, people often buy an animal for its aesthetic, but do not understand the great responsibility behind it”. Explained Mr. Pedroza.

The Law for the Protection of Animals prohibits “the sale and exploitation of animals on public roads or in vehicles, department stores, self-service stores and, in general, any other establishment whose authorized commercial turnaround is different from the sale of animals.

The adoption of stray dogs and cats is an option to correct the abandonment and abuse, unfortunately not all see it that way and prefer to buy. Adoption is an act of human value and really saves the lives of animals. Please support or help your local animal shelters.