The overwhelming scientific evidence demonstrates that conversion therapy, especially when it is practised on young people, is neither medically nor ethically appropriate and can cause substantial harm,’ the White House statement said. (Photo: The Guardian) 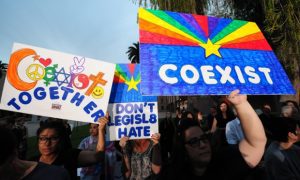