How many US citizens participate in competitive poker?

In the United States, poker is enjoyed by millions of people, and it has a long history in the country. Find out more!

Poker is a well-known card game that has been enjoyed by people all over the world for centuries. The game is known for its strategic element and the thrill of competition. In the United States, it is estimated that around 60 million people play poker, making it one of the country’s most popular card games. With the BETMGM and Borgata Championships around the corner, what better time to learn more about the great game? In this article, we will take a deeper look at why people play poker, its history, and its current status in the United States.

There are several reasons why people choose to play poker. One of the main reasons is the social aspect of the game. Playing poker with friends and family provides an opportunity to spend time together and bond. Additionally, the game is known for its strategic element, which attracts people who enjoy using their minds and outsmarting their opponents. The game also provides a sense of excitement and adrenaline rush as players compete against each other to win. Moreover, many people find that they enjoy the mental challenge of trying to read their opponents, deciphering their betting patterns, and trying to outsmart them.

Another reason people play poker is for the thrill of competition. The game provides a chance to test your skills against other players, and the feeling of victory can be very satisfying. People who enjoy competing in a friendly and respectful environment will find that poker is a great game for them. Furthermore, people who enjoy gambling and the rush of adrenaline find poker a perfect fit for them. 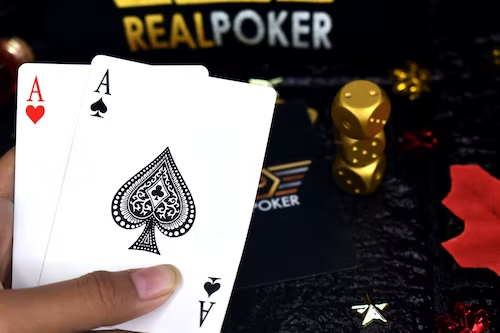 Poker has a long and rich history that can be traced back to the 18th century. The game originated in the United States and is believed to have been influenced by a variety of other card games, such as the French game of poque and the German game of pochen. The modern version of poker, as we know it today, was first played in the early 19th century. The game quickly gained popularity, and by the mid-19th century, it had become a popular pastime in the United States.

Poker has become one of the most popular card games in the world. The game’s popularity can be attributed to its accessibility and the fact that it can be enjoyed by people of all ages and backgrounds. The game is also very versatile and can be played in a variety of different formats, such as Texas Hold’em, Omaha, and Seven-Card Stud. Additionally, the game has been popularized by television and the internet. The World Series of Poker, which is broadcast on television, has helped to increase the game’s visibility and attract new players.

Poker in the United States

In the United States, poker is enjoyed by millions of people, and it has a long history in the country. The game is particularly popular in states where gambling is legal, such as Nevada and New Jersey. Online poker has also become increasingly popular in recent years as more states legalize and regulate the game. According to the online poker database, PokerScout, the average number of players participating in cash games on legal US online poker sites is around 4,000-5,000. This number is expected to grow as more states legalize and regulate online poker. 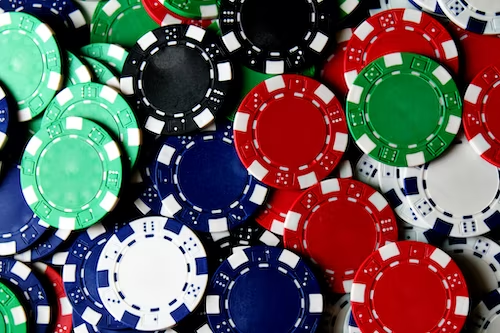 In conclusion, poker is a popular card game that is enjoyed by people of all ages and backgrounds. The game has a rich history, and it provides an opportunity for people to spend time together, bond, and engage in a fun, strategic competition. The game’s popularity can be attributed to its accessibility, versatility, and the fact that it has been popularized by television and the internet. In the United States, poker is enjoyed by millions of people, and it has a long history in the country. Playing poker can be an enjoyable and entertaining pastime, but it’s important to remember that it should be enjoyed responsibly and not as a way to make money. It’s also important to set a budget and stick to it and not to let the excitement of the game cloud your judgment. It’s always wise to play within your means and never chase losses. With these precautions in mind, poker can be a fun and enjoyable way to spend time with friends and family and test your skills against others.