With an investment of more than 1.3 billion pesos, this project will become an important point of reference for the enjoyment of Yucatecan families and for attracting tourists.

(Merida – TYT) – The Governor of Yucatan, Mauricio Vila Dosal, and the head of the Secretary of National Defense (Sedena), Luis Cresencio Sandoval, launched the construction project of the Gran Parque La Plancha. This work comes after constant negotiations with the Federation and will become a green lung. It will become a new attraction for the enjoyment of Yucatecan families and the arrival of more tourists, with playgrounds, a gastronomic market, artificial lake, boardwalk, skatepark, pet park, arena, walkways, sports areas, outdoor gym, museums, IE-Tram station, among other amenities.

In the central courtyard of the old railroad station of the Yucatan capital, Vila Dosal and Sandoval Gonzalez led the beginning of the construction of this project that, with an investment of more than 1.3 billion pesos, will boost the economic and tourism development of this entity, which will have in its more than 22 hectares of surface, with a wide range of attractions and areas for the healthy coexistence and recreation of locals and those who visit Yucatan.

Upon presenting the project, the Yucatan Governor affirmed that it was an important day for the people of Yucatan because, at the beginning of this project, it is demonstrated that “working as a team, with dialogue and the willingness of the three levels of government, great things can be done for the people”.

In this sense, Vila Dosal expressed his gratitude to President Andrés Manuel López Obrador and the Secretary of National Defense for the willingness they have always shown to work in coordination with Yucatán. 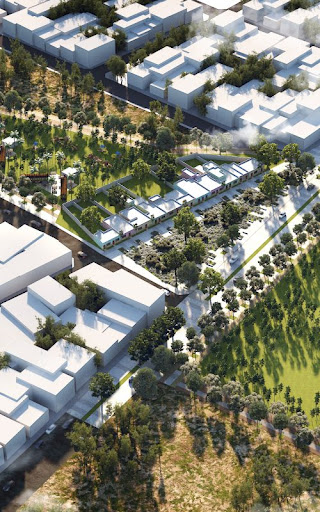 “It has been several years of effort, dialogue, and reaching an agreement, but it would not have been possible without the willingness of the government headed by the President, with whom we have always worked as a team,” he said.

Among the benefits of this project are that it will become a green lung in the city, with endemic species of trees and plants all around, it will improve the quality of life of the people due to the new activities, commerce and jobs that the project will generate, more sources of employment will be created, since it will reactivate real estate, offices, commerce, cultural and recreational activities.

It will also give a better use to an area with a lot of history, it will be a new space where Yucatecan families will enjoy a wide range of sports, recreational, cultural, and educational activities, and it will increase the number of visitors to the area and take advantage of the existing hotel offer of more than 59 hotels.

In providing details, Vila explained that the Gran Parque La Plancha is divided into four sections. The first will house the open-air gymnasium, the wagon concessions, and the powerhouse; the second will house the children’s playground, an interactive fountain and dining areas; the third will have the access, the water mirror, a skate park, a pet park and a gastronomic market; and the fourth will house the theater, children’s playground, and a large lake. They all have bicycle lanes, walkways, and restroom and parking modules.