The route will connect tourists to the downtown hotel zone and the International Convention Center.

(Merida TYT) – For one month, a circuit will be activated for tourists connecting Merida Airport with the hotel zone of the Historical Center and the International Convention Center (CIC).

This pilot test will be free of charge and operate a single transportation unit operated by ADO, which will offer service from 7:00 a.m. to 11:15 p.m. with an hourly frequency.

Starting August 31, the unit will provide service from the Airport to the Hacienda Inn Hotel, the ADO Centro Terminal, Paseo 60, the CIC, and the Fiesta Americana Hotel.

The idea is to improve the mobility of tourists so that they have a better connection to the main destinations in Yucatán, such as magical towns, beaches, and archeological zones. 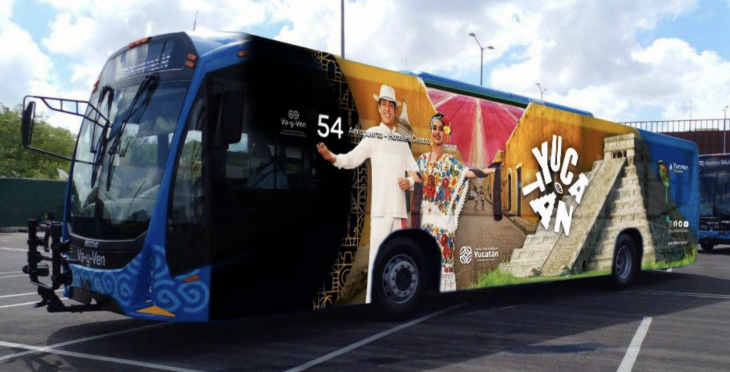 During this month of testing, users will be surveyed to know the routes they will take in Merida, their place of origin, their age, and the cost they would be willing to pay for this service, as well as to verify the schedules with the highest demand.

This will be done to establish the schedules and cost of the service, which can be hired at the cab booths at the Merida Airport.

During Hanal Pixán (at the end of October), the official inauguration of this service will take place, which will initially have three units.

It is expected that as adaptation progresses, it will operate with five units by the end of the year.

This route will also operate for airport workers, who will pay the same cost as the Va y Ven route, 12 pesos.

All units destined for this service will have a special compartment for suitcases.