A Uvalde police officer aimed his rifle at the Robb Elementary gunman before he entered the school but waited for a supervisor’s permission to open fire, according to a new report obtained Wednesday by the (Austin) American-Statesman and KVUE-TV about the police response during the massacre that killed 19 children and two teachers.

(USA TODAY).- The officer did not hear a response “and turned to get confirmation from his supervisor,” according to the report by the San Marcos-based Advanced Law Enforcement Rapid Response Training, which conducts active shooter training for police in Texas and beyond. “When he turned back to address the suspect, the suspect had already entered (the school).”

The revelation is among multiple new disclosures about mistakes and missteps responding officers made during the May 24 tragedy, going against best national practices and potentially endangering the lives of fellow officers, the report said. It concluded that because of the flawed response, “while we do not have definitive information at this point, it is possible that some of the people who died during this event could have been saved.”

Related video: Site of Uvalde school massacre to be torn down 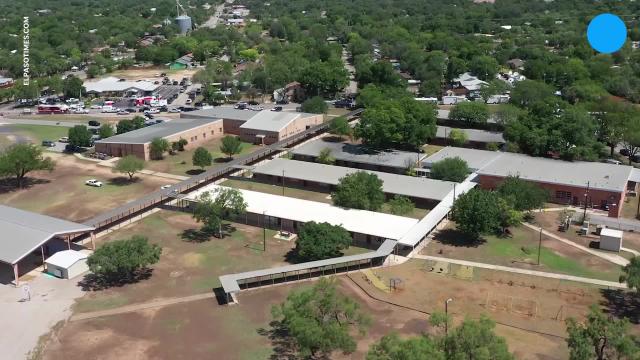 ‘You can never ask a child to go back’: Site of Uvalde school massacre to be demolished

Robb Elementary School, the Texas school where 19 children and two teachers were killed in May, will be demolished, according to the Uvalde mayor.

The 28-page report, sought by the Texas Department of Public Safety, continues to widen the lens on what happened during the tragedy. It also highlights the array of options officers had to potentially stop the shooter once he was inside the classroom — including going through exterior windows or tearing into sheetrock — and reveals that law enforcement had far more weapons, including tear gas canisters, than was previously disclosed.

The report also concluded, based on an audio analysis of footage, the gunman fired about 100 rounds in the first three minutes he was in the school.

“While the discussion is frank and objective, it is not meant to demean the actions taken by law enforcement during this response,” the report said. “Rather, the discussion is intended to improve future response.”

According to the report, experts identified several ways the shooter could have potentially been stopped before he entered the school.

The report said that the officer who waited to shoot would have had legal justification given the totality of the circumstances — including previous reports of gunfire and the need to stop a man on campus with a high-powered weapon.

“A reasonable officer would have concluded in this case … that use of deadly force was warranted,” the report stated.

The report pointed out, however, that the officer told investigators that he was concerned that if he missed the target, he could have shot a child and that the shooter was outside of the range for which officers are typically trained to fire.

“Ultimately, the decision to use deadly force always lies with the officer who uses deadly force,” it stated.

The report does not identify any police officer. Uvalde city officials did not immediately respond to questions about the report.

“There were multiple points in time where the driving force increased through additional gunfire,” the report found. “However, officers did not act on these increases in driving force. Additionally, officers on the scene continually received equipment and tactical components that increased their capabilities to address the suspect.

“Ultimately it is unclear why the officers decided to assault the room at 12:50:03,” the report concluded, or an hour and 10 minutes after the gunman entered the building.

Investigations by the U.S. Justice Department and the Texas Rangers are ongoing.