Countries issuing tourism from Europe to the Mexican Caribbean will be restricted by the proximity of the conflict, said a specialist

(CANCUN, Q. ROO -).- As a result of the situation in Ukraine, which has an impact on European countries and the United States, international tourism has again been interrupted as a result of the closure of air spaces and changes in travel decisions.

Countries issuing tourism from Europe to the Mexican Caribbean will be restricted by the proximity of the conflict, while travelers from other important markets such as the United States and Canada will choose not to travel to Europe and redirect their trips or vacations to the Caribbean.

Dr. Pedro Moncada Jiménez, research professor at the Department of Sustainable Tourism, Gastronomy and Hospitality of the Universidad del Caribe, specified that in the new scenario, destinations close to the United States and Canada could benefit from the war, although important emerging markets would be lost.

“The first thing that will happen is that the Russian market will collapse, both due to the conflict situation and the economic sanctions of the main Western economies, which makes business difficult,” said the academic.

This situation that is already shaking the international markets will have a strong impact on the countries that are tourism emitters and that will be affected in their economy.

“The second thing that will happen is that the European market, which was barely reactivating, will suffer again. The conflict in that area will stop trips to different continents, focusing on safe regional destinations. 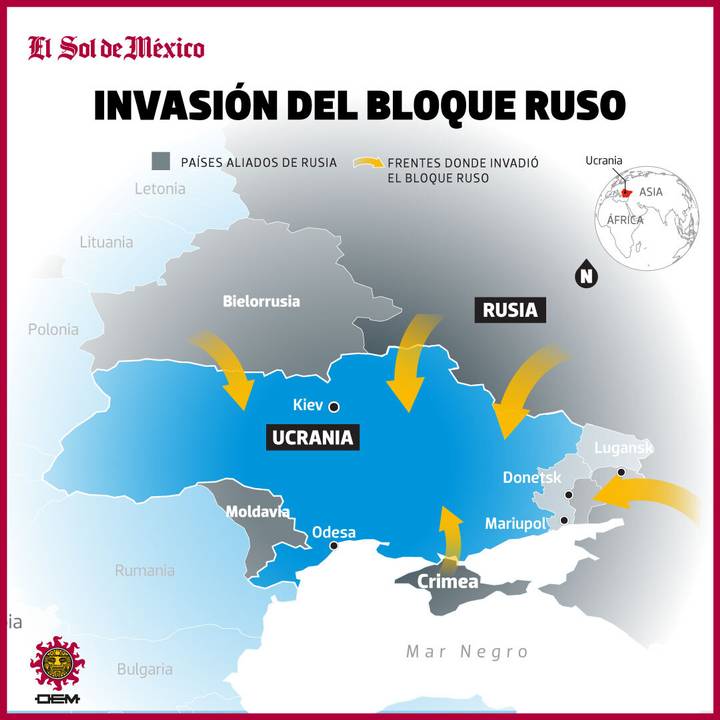 However, he indicated that Quintana Roo and the rest of Mexico are at a distant point in the conflict, which will allow it to operate and offer its products to countries that have citizens who can pay for a trip, although he stressed that not everything is bad.

“The good news is that many people that was traveling to Europe will redirect their trips to the Mexican Caribbean. The postponement effect and the substitution effect are imminent” expressed Moncada Jiménez.

“The Mexican Caribbean will take advantage of its geographical location and air connectivity to capture those tourists who had decided at some point in the immediate future to travel to Europe, and then change their destination, and this is a great opportunity for the Caribbean islands and of course, Quintana Roo”, he concluded.