The director, playwright, actress and defender of human rights, Ofelia Medina received the “Silvio Zavala” award for Culture and the Arts.

(MÉRIDA, YUC. – TYT).-This Monday night, February 7th, the director, playwright, actress and defender of human rights, Ofelia Medina received the “Silvio Zavala” award for Culture and the Arts, which is awarded by the Mérida City Council to recognize who have dedicated their lives to promoting art and culture. 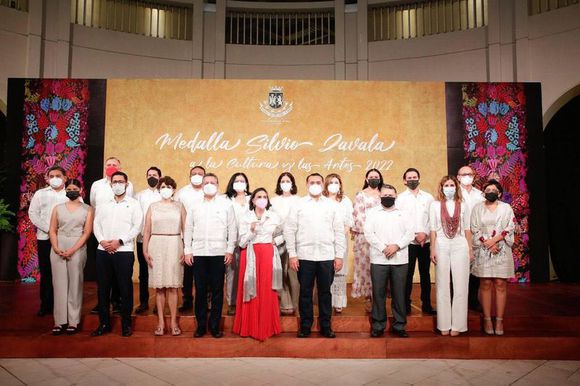 In a ceremony that was broadcast on the YouTube channel of the Mérida City Council, the mayor of the city, Renán Barrera Concha, presented the medal at the Olimpo Cultural Center.

Who is Ofelia Medina?

María Ofelia Medina Torres, known as Ofelia Medina, has a consolidated career of more than five decades of activity, with participation in cinema, Mexican television and the work she has carried out, since 1985, with communities of indigenous peoples for the defense of their Rights.

As a playwright and passionate about poetry, she has created shows by Sor Juana Inés de la Cruz, Rosario Castellanos and Frida Khalo, among others. 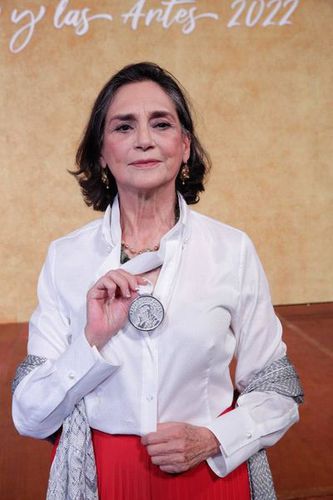 The recipient of the Silvio Zavala Medal for Culture and the Arts 2022 also received the Golden Ariel last year for her career, in addition to being nominated by Apple TV for the Image Awards Films and TV, for the successful series Mosquito Coast, as best television supporting actress in the drama area.

It is worth mentioning that since 1985 it has been working with communities of native peoples for the defense of their rights. In 1990, she founded the Mexican Indigenous Children’s Health Trust.

The Steering Committee of the “Silvio Zavala” Medal for Culture and the Arts was made up of José de Jesús Williams and Carlos Sauri Duch, rectors of UADY and Universidad Modelo, respectively, together with Javier Álvarez Fuentes, general director of the Higher School of Yucatan Art.

The award is granted by agreement reached in a Public Session of the Cabildo, prior opinion of the ruling committee and the designation of the merits of the proposed person.