“We are desperate”: Brazilian soccer players in Ukraine ask for help

The contingent of Brazilian professional football players said they are desperate, the borders are closed and fuel supplies have run out.

(UKRAINE – ).- On Thursday, February 24th, Brazilian soccer players in Ukraine, who play for two of the country’s biggest clubs, asked the Brazilian government for help, saying they are “trapped” after Russia’s military attack.

The group of Brazilian players from the clubs Shakhtar Donetsk and Dynamo Kiev, in addition to the Uruguayan Carlos de Peña also from the Dynamo, released a video in which they appear accompanied by their families from a hotel, begging the Brazilian authorities for help.

They stated that the borders have been closed and fuel supplies have run out.

“ We are really desperate . We are living in chaos,” Shakhtar defender Marlon Santos wrote on Instagram. “We count on the help of our clubs. But the desperation is agonizing. We hope for the help of our country. We speak on behalf of all Brazilians in Ukraine.”

Neymar, the Brazilian star of Paris Saint-Germain, shared the video in a story on his Instagram account, adding that he is praying for his compatriots in Ukraine. 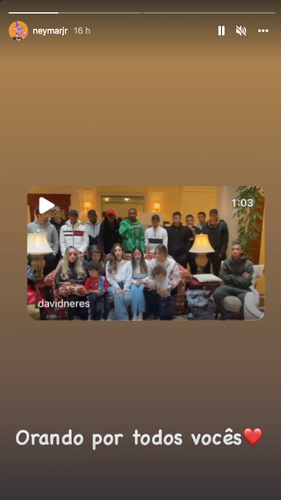 Also, the most important Brazilian clubs also spread the video and asked the authorities of their country to act immediately.

Similar messages were posted by Brazilian players residing in other parts of Ukraine, including striker Marlyson and two teammates from Metalist 1925 in the northeastern city of Kharkiv, near the Russian border, and three players from Zorya Luhansk, a team based in the southern city of Zaporizhzhia.

Carlos França, Brazil’s foreign minister , said during a live television broadcast that all Brazilians in Ukraine “will be evicted from that region once we have the security conditions to do so.”

The government intends to move Brazilians to neighboring countries by land if possible, he added.

“We are not ruling out any possibility (to evacuate the Brazilian football players),” said França, sitting next to President Jair Bolsonaro, who last week met with Russian President Vladimir Putin in Moscow.

Bolsonaro, a great soccer fan, said in the same broadcast that he wants peace in the region, although he refrained from censuring Putin for the invasion.

“Be patient,” the foreign minister said. “The important thing now is to be patient and cautious.”

The Ukrainian league was suspended indefinitely on Thursday following the declaration of martial law in Ukraine.

Ukrainian clubs have been recruiting Brazilian footballers for a long time to strengthen themselves sportingly and obtain profits in the transfer market.

For Brazilians, the Ukrainian tournament is a showcase for clubs from Europe’s top leagues, especially if they play for Shakhtar and Dynamo, clubs that frequently compete in the Champions League.