Many fear Mexico could become another Venezuela.

The President of Mexico declares that “there were abuses” in Spanish business sectors. “They were like owners of Mexico. This is the case of Spanish companies. If the relationship is not good now, I would like it to take time for it to normalize”. He concluded with, “they plundered us.”

The unpleasant presidential response came after a question from a journalist during his morning conference regarding his son’s Houston mansion with an infinity pool and movie theater in Houston, Texas, which was owned by Keith L. Schilling, a top executive of the Baker Hughes oil company. AMLO hates journalists, especially when they publish about his family, inner circle, or the millionaire contracts with Pemex, the Mexican oil company.

The Mexican president continued with his iniquity towards Spain by saying, “we do not want them to steal from us. They see us as if we were a colony, ” making his bad relationship with the Spanish government clear.

It is common knowledge that because of the pressing accusations of corruption that plague López Obrador’s government in Mexico, some reaction from the president was expected. Still, never to the level, he has taken it to. In Mexico, crime has skyrocketed, AMLO’s mega-projects are not moving forward, and he has a drop in popularity of almost eight points, his third-largest drop- according to the pollster ‘México Elige,’ so generating an imaginary enemy was to be expected. 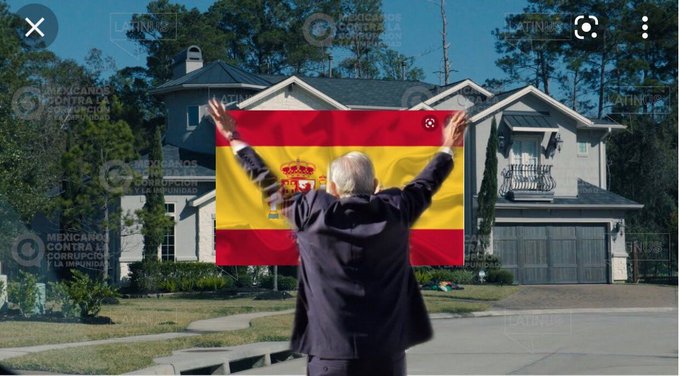 Spanish companies represent 12% of the economic flow and are Mexico’s second main partner after the United States. Spanish businessmen fear that Spanish investments are in danger after López Obrador’s declarations, and it is not for nothing. Questionable results have characterized his three years in office without attacking the underlying economic problems.

Spain has never been Mexico’s enemy. The businessmen who invest in Mexico hope it is a “passing ghost,” but the investments have contracted. As evidenced, the fall of more than half of Spanish companies from 2018 to 2022 went from 416 to 178 in Mexico.